See how to install and set up Datalab on the desktop under Cloud SDK in this video.

- [Instructor] Let us set up Datalab through the Cloud SDK now. For this, we need to open the SDK Shell by going to: Start Menu, Google Cloud SDK, Google Cloud SDK Shell. This opens up the Shell for us. We first need to update all components to the latest version so we run: gcloud components update. That updates all the version to the latest ones if they are not already there. Next, we are going to install Datalab through the command: gcloud components install datalab.

It opens up another window to ask for confirmation about the components being installed. We are going to say yes. It is going to take some time for the installation to complete, so, please be patient. Now the installation is complete. Next, we have to create a separate instance of Datalab for us to do our work. Before that, we have to set some configuration values. If you do: gcloud config list.

It shows you a list of parameters. The most important ones are the account, that points to the user ID for you on GCP, and the project ID in GCP, under which you want Datalab to run. If they are not set, you can set them using the command: gcloud conflict set (name of the parameter) and the value.

So, we have to provide a zone under which you want it to be created. This command, again, can run for a long time. Maybe even up to 10 minutes, so please be patient. It is now trying to create an instance, and once the instance is created, we can access that instance using: localhost:8081. If you now go to the Compute Engine VM, you will see a VM called, datalab-lil-demo, created for you, with the same name as the instance name. 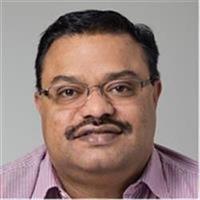 11/14/2018
Cloud computing brings unlimited scalability and elasticity to data science applications. Expertise in the major platforms, such as Google Cloud Platform (GCP), is essential to the IT professional. This course—one of a series by cloud engineering specialist and data scientist Kumaran Ponnambalam—shows how to conduct exploratory data analytics with GCP. First, review the concepts of segmentation and profiling. Then get hands on, as you learn to perform both text and visual analysis of data using tools provided by GCP: Cloud Datalab, BigQuery, Cloud Dataflow, and Data Studio. Finally, look at an end-to-end use case that applies what you've learned in the course.
Topics include: