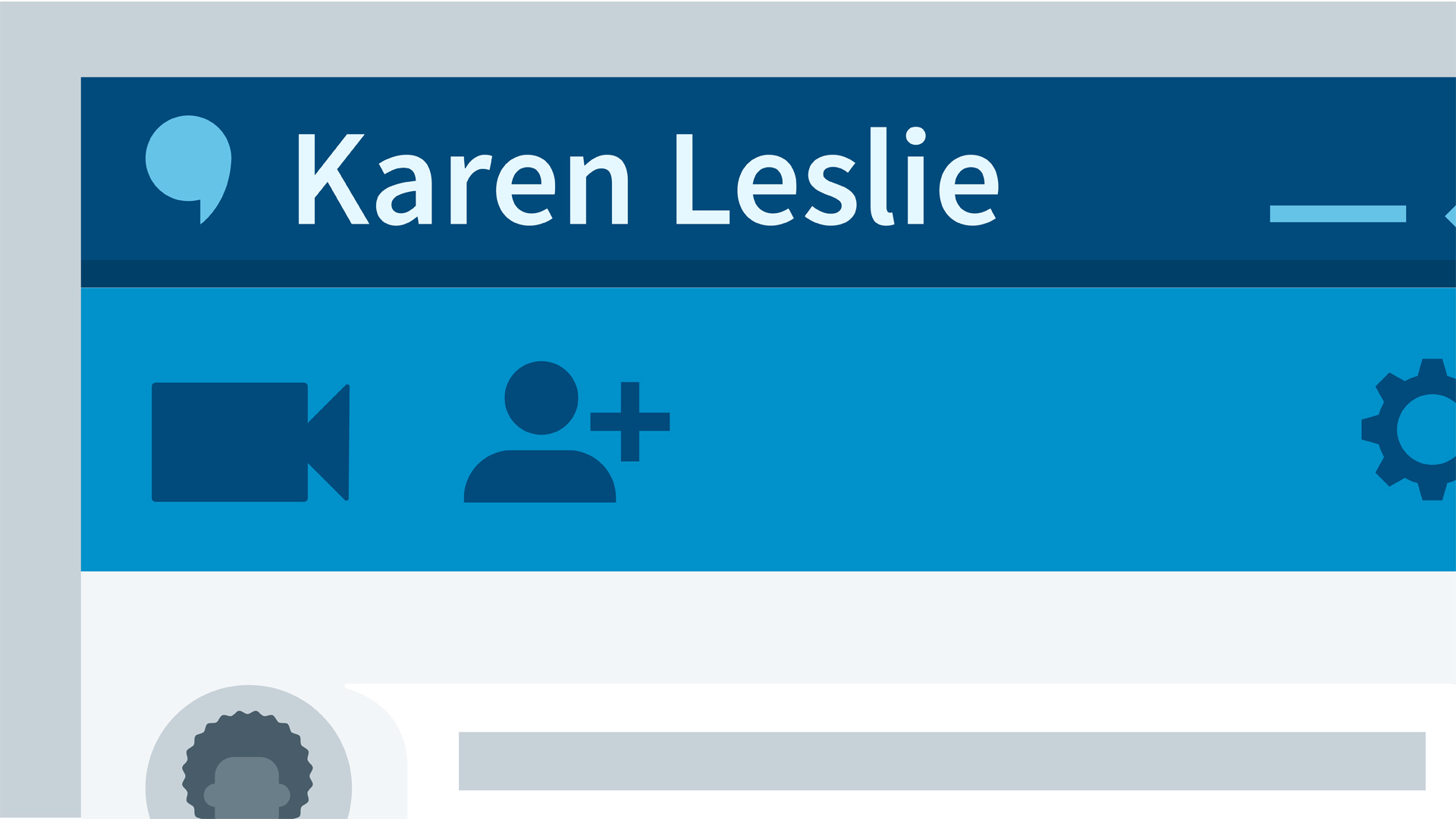 Learn how to change your Google profile photo from within Hangouts, using the option to search your computer for an existing picture to replace the default used when setting up your Google account initially.

- [Narrator] When you first set up your Google account,…whether it be here in Google Hangouts, Gmail, Google Plus,…you name it, one of the pieces of information that can be…stored with your account is a profile picture,…and if you didn't set one up in the beginning,…you're likely going to see what we see here…for Karen Leslie, who's logged into her account,…up in the top right hand corner, the initial K.…That's because she's never uploaded her own picture,…and that also means when she's using Google Hangouts…to message with someone or on a phone call,…they're going to see this instead of her actual photo.…

So in this movie we're going to change that to upload…an actual photo so people will get a feel for the person…they're talking to on a phone call here in Hangouts,…or text messaging with the message functionality.…So to change it, you don't have to be in Hangouts.…You can be in any of the Google apps.…If you're in Gmail, you'll see the same thing up here…in the top right hand corner in your Google Plus account,…

4/5/2017
Hangouts—the popular app from Google—gives you the ability to get in touch with other Google users via messaging, video calls, and phone calls. In this course, learn how to make full use of Hangouts. David Rivers begins with the basics, including a tour of the interface. Next, he covers how to initiate one-on-one or group text chats. Then, David walks through the various options for making phone and video calls through Hangouts, including how to facilitate group video meetings and share your screen during a call. He covers how to use Hangouts on a variety of devices, including desktop computers, mobile phones, and tablets. Finally, David explains how to customize preferences and he shares some handy keyboard shortcuts.
Topics include: