Using a GoPro for an interview on a farm 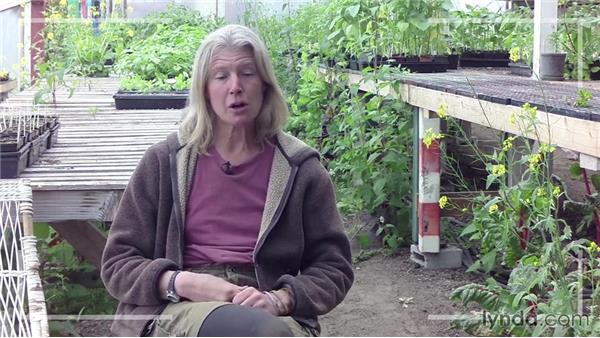 …This documentary project that I'm working on about…farms isn't just still images, it's also video.…So, one of the last things I had to do while I was here at the farm,…was I needed some audio.…And there's a lots of different activities that I photograph today with all…the different workers on the farm.…Sometimes for stills, sometimes with video.…I had them harvesting, I had them getting their hands dirty,…planting seeds measuring fields, all these things.…

But I needed somebody to explain it to me.…So I got Rebecca, one of the owners to actually sit down and…do a proper interview with me.…Because the GoPro really isn't like video camera that's set up to do something like…an interview because of audio limitations, because I can't do tight shots really…The GoPro does have a super-wide, a wide, a medium and a narrow view,…none of those really sell what what you expect to see in an interview setup.…So I actually got a special camera that's been modified by…a company called Back-Bone, where you can put different lenses on your GoPro.…

Video: Using a GoPro for an interview on a farm