Using a GoPro to get aerial footage of the farm 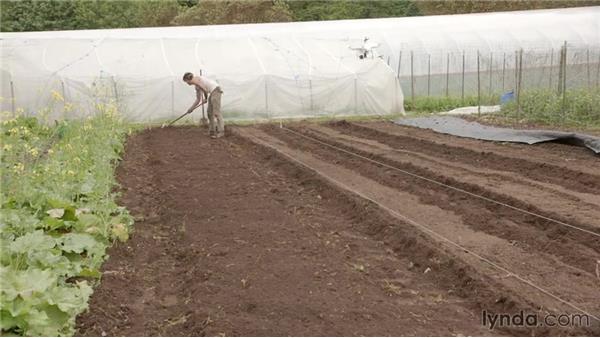 …So all the workers in the farm who are having their lunch,…I got the quadcopter up in the sky and got some great aerial video footage.…They have different farming activities going on all over their 13 acres, and so…it's a perfect tool to kind of fly over the different areas to get…views looking down.…One of the other great things is that we're on an island and I know we're on…an island but it's taking pictures here on the ground, you don't realize it.…Once I got that quad copter up high enough, I reviewed some of…the footage already on my iPad and I could see the water over there.…

It was a really cool view and…I think even some of the people on the farm had never seen that.…So, that's pretty exciting.…After lunch, one of the workers here named Joshua was out working one of the fields,…preparing to put some seeds in.…So he was tilling it and then putting some compost in.…It was a great time to use the quadcopter.…And instead of going really high with the quadcopter like I've done before,…I actually had it relatively low to the ground, using it almost like a steady cam.…

Video: Using a GoPro to get aerial footage of the farm