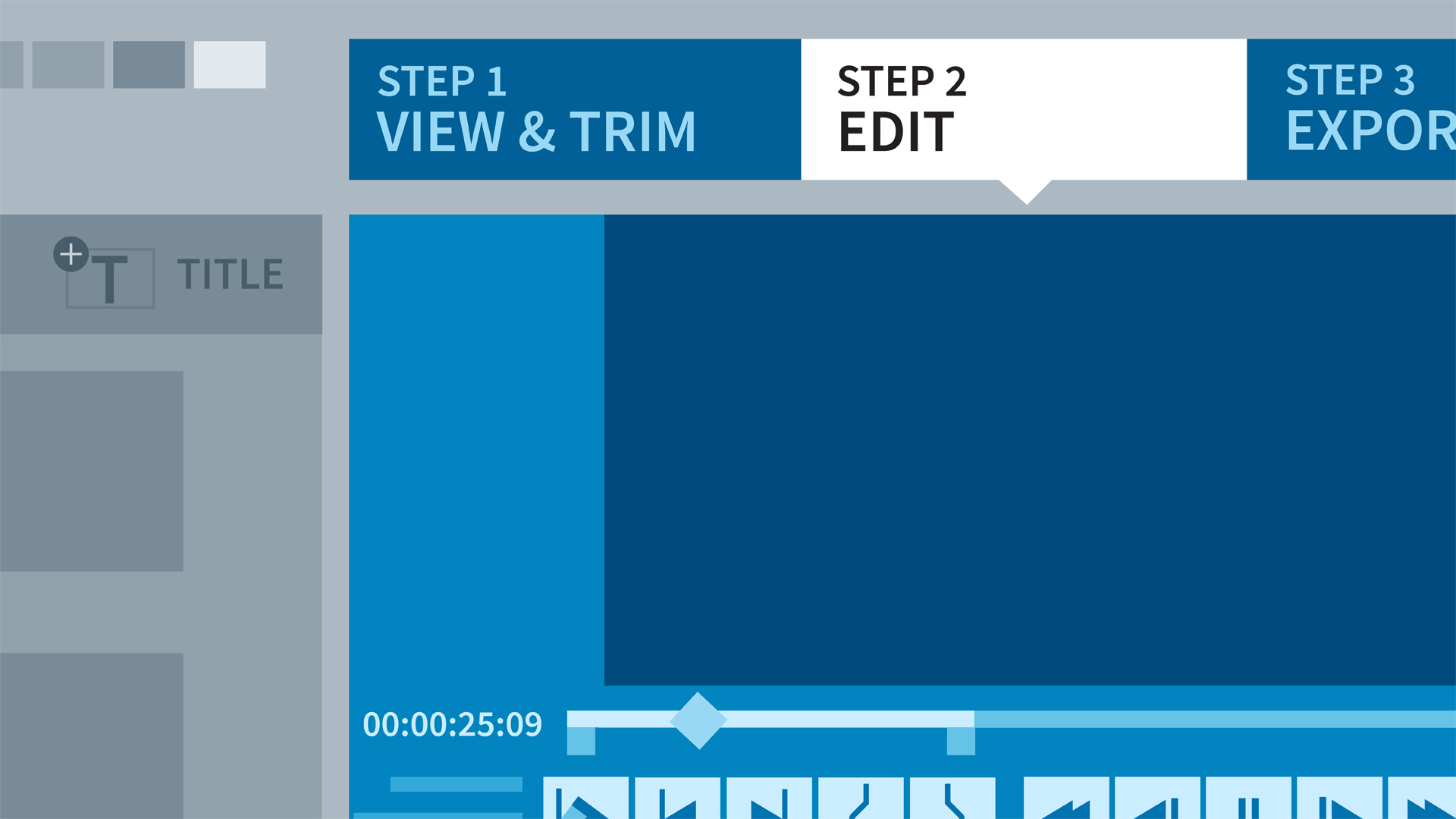 Whenever you edit footage together, there will be parts of the clip that you do not want to have in your final video. This is where trimming comes into play. How do you trim a clip in GoPro Studio? In this video, author Richard Harrington demonstrates how to trim clips in GoPro Studio so you can remove the unwanted portions.

- When the camera is strapped to your chest, and you're skiing down the side of a mountain or on a scuba trip. The last thing you'll probably thinking about is perfectly framing every shot and precisely starting and stopping the camera to capture just the critical moments of action. It's a GoPro. You hit the record button and you let it roll. And you focus on doing the other activities. Well this is not unique to GoPro. Longer shots are more prevalent these days with digital video than they ever were back in the days of traditional video tape or certainly film.

But we need to make some editorial decisions to get rid of the bad stuff. That's ultimately what editing is. Let me show you how we do this. With the clip loaded, you can mark out the parts that you want. For example, let's load up this first clip. And as I drag through, I see that it starts by looking up the camera person's nose. That's pretty typical as they want to see if something is on. Now it's a little shaky. But this part looks pretty good. So let's move that back.

We'll pause the footage there. And that looks about a good place to start. Now I'm not going to mark the exact endpoint here. Rather I'm going to go a second or two early. When you trim your clips, include a little bit of extra space. We call this a handle. This extra material can be useful for things like transitions or if you need to refine the timing of the clip. While you want to discard bad stuff, make sure you'll leave a second to three seconds of useful material before and after the most critical parts of the action.

I can now go forward. There we go. And that's a good place to stop. Comes around the edge. Finishes his trick. And I like it there. So I'll click to mark the outpoint. Now, I can add this to the conversion. Now you see by default, it's enumerating this with the card folder structure.

So by putting that in the folder called Card 1, it's actually reading that from the hard drive. So using folder structures is a good idea. If you decide you want to change this, you can do that. Also, I see here Word's going to save. Let's go ahead and change that directory. I'll click the change directory button and go back to my hard drive and select optimize media. Then I'll choose save. Now, that's where this clip and any other's going to go for the project.

I'll add this to the conversion list. Little later, we'll talk about some of the settings. Alright, that one's in good shape. Let's take a look at the next file here. Remember, you can use J, K, and L, to play the clip. And if you tap the L button multiple times, it will actually playback in a fast forward mode. Tapping the I button, will mark an endpoint. Here we have a great slow motion shot but the trick failed.

I'll mark the outpoint again and add that to the conversion list. Let's continue and see if we get another opportunity for the trick. The skater should reset. There he is. So mark the endpoint. He does the trick again. And this time it sticks.

And we'll mark the outpoint and add that to the conversion list. So in this case, you see that a clip was split into two smaller parts. This will make it easier. GoPro Studio automatically enumerates the second clip with the modifier so it has a unique file name. It's very common to take longer clips and split that into smaller parts. Maybe it's an interview and you'll cut up each question into it's own clip. Or maybe it's a longer shot from an event like a scuba diving trip.

And you're going to cut out and pull out the best pieces for future editing. Taking the time to trim away some of the fat, leaves you with just the good stuff. And makes it easier to edit. Alright, now that you understand the basic mechanics of reviewing and marking clips. Let's move on to other options so you can handle, how those clips are converted and what files are actually generated.

6/9/2017
After you've captured action shots in the field with your GoPro, you're ready to get your footage off of your camera and into your video editing software. In this course, Rich Harrington walks through how to transfer and organize your GoPro footage so you can edit and share it. He explains how to use built-in tools such as GoPro Studio. He shows how to trim away unwanted clips or parts of clips, transcode footage to formats optimized for video editing, use options—such as the GoPro CineForm codec—to ensure that your files are ready to edit in any popular editing tool, and more. Upon completing this course, you'll have the knowledge you need to prepare footage for major professional and consumer video editing applications.
Topics include: