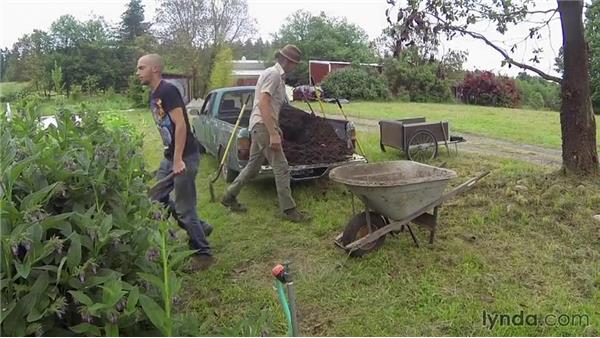 Join Paul Taggart for an in-depth discussion in this video Setting up the final multimedia GoPro project, part of GoPro: Creative Photography and Video Techniques.

…So here we are, at the end of this course.…I learned a lot while in the field trying to shoot with the GoPro camera.…I hope you learned a few things too.…I've taken the last couple days to finish editing this project, and…I think it was a success.…I hope you enjoy it.…I'm Mike Lempriere.…I am Perennial Vintners here on Bainbridge Island.…This is the closest commercial vineyard to downtown Seattle.…I am all about the locavore movement and food miles traveled.…Can't get much closer than seven miles as-the-crow-flies to downtown.…

It really does feel like a rising tide is lifting all boats around this area.And as…consumers are asking more and more at restaurants for local food.…Restaurants are reaching out and, we're pretty, excited to be riding this wave.…>> At Taylor Shellfish, we're really excited to be part of the growing,…local food, farm to table movement.…Taylor Shellfish, is the largest producer of farmed shellfish in North America.…We are based in Shelton, Washington.…And, the Taylor family has been farming Oysters in Puget Sound since the 1890s.…