Reviewing stills and video from the shellfish shoot 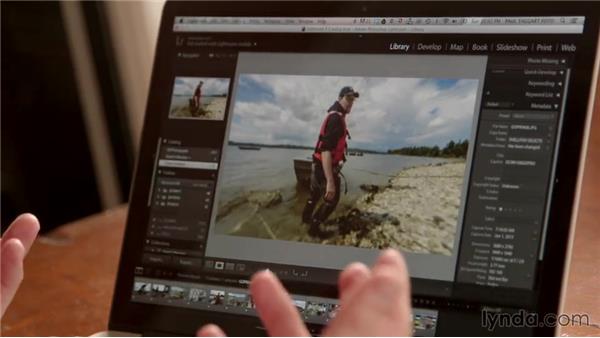 …When I work on a multi day project I like to drop all the image and…video files from my memory card to my hard drive.…And also do a quick review to see what kind of footage I have,…which is going to dictate what kind of shooting I'm going to do the next day.…Also, since I'm shooting this whole project on goPros,…I have multiple types of file on each memory card.…I'm shooting still images as well as video, also time lapses.…There's a lot of data there that needs to be organized.…So one of the things I learned on this project, by checking my…footage that first night was to create a file structure that works for me.…

For each day of shooting, I created three separate folders.…A folder for stills, video and time lapses.…As you can see here, inside the Time Lapse folder, I have new folders that are for…each one of those time lapses.…Now that I've had time to look over my footage and…stills more thoroughly, I'd like to take you through each day of shooting.…And examine what worked and what didn't work.…My first day of shooting with the GoPro on this project,…

Video: Reviewing stills and video from the shellfish shoot