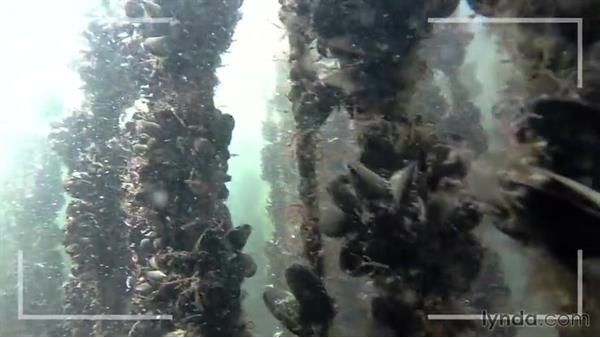 A creative cookbook of ways to use a GoPro HERO to capture stills, video, and time-lapse movies.

- [Voiceover] Hi. My name is Paul Taggart. I'm a photographer and a filmmaker, and I'm here in Washington State working on a short documentary project about farming. The unusual thing about this project is I'm going to shoot the entire documentary on GoPro cameras. The GoPro's a tiny little camera that's typically used for action sports. We're going to use this camera in some unusual ways that I could never use my DSLR or larger video camera. For this story, I've picked three separate locations. We're going to go to a shellfish farm, an organic farm on an island, and we're also going to go to a vineyard.

The location of the vineyard is perfect for aerial images, so we're going to mount the GoPro camera on a gimbal underneath a quadcopter, and we're going to set it up hundreds of feet to get some aerial images of a vineyard. I picked these locations because they have certain elements that I think I can really use the GoPro for. So come with me as we explore the amazing landscape of Washington State, the cool farming practices they're doing, and also, let's learn a few things about the GoPro camera and storytelling.