Choosing NTSC or PAL recording standards on a GoPro3 or 3+ 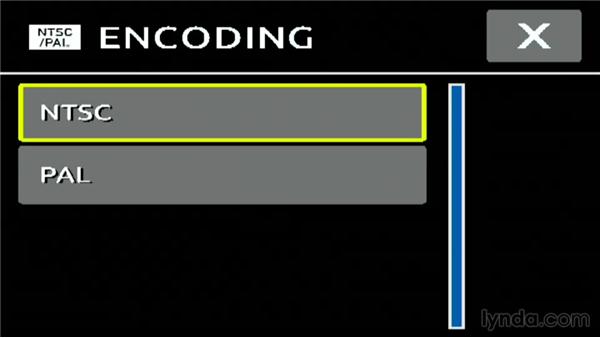 NTSC and PAL are two very commonly used global recording standards. Before choosing NTSC or PAL record standards on a GoPro 3 or 3+ GoPro HERO, you must find out which standard you or your client wants. In this training video, you'll learn which of these recording standards are used by different countries across the globe, and how to activate/switch between these modes.

When it comes to recording video, there are two standards you need to be familiar with, NTSC and Pal. NTSC is more commonly used in countries like North America and certain other regions around the world, but the PAL format is by far more widely used. You're going to need to set up your video camera shooting by making this change to the global standard that you're going to use. If you take a look at the map we've popped up on screen here you get a good idea of which region you're in and you can go ahead and follow these standards but remember you might be shooting footage for somebody else in another country.

So it's one of those things where you should always ask if they want NTSC or PAL. Let me show you how to make the change inside the GoPro. Now, what you're going to do is step through and choose the Set Up category. Now, below the one button mode, is the option to turn on NTSC or Pal. It's really simple, it's one or the other. For me, I do most of my shooting in NTSC, but depending on where you're watching this training around the world, you may need to change it. As you switch this, it will greatly impact which settings are available inside of the shooting menu.

Alright let's go ahead and exit and now we're back into shooting. If we change camera settings, you'll see that under frames per second I'm presented with those that work with NTSC. On the other hand if I switch over to Pal, the choices are going to be different. Now, we're recording this title in NTSC because that's the video standard we use in my country, but remember depending upon where your shooting as well as where you're delivering the video, you may need to switch between NTSC mode and PAL mode and it's one of those critical things you should check up front.

This is going to have a huge impact on the frame rates available to you and upon the delivery and playback of your video files.

Video: Choosing NTSC or PAL recording standards on a GoPro3 or 3+