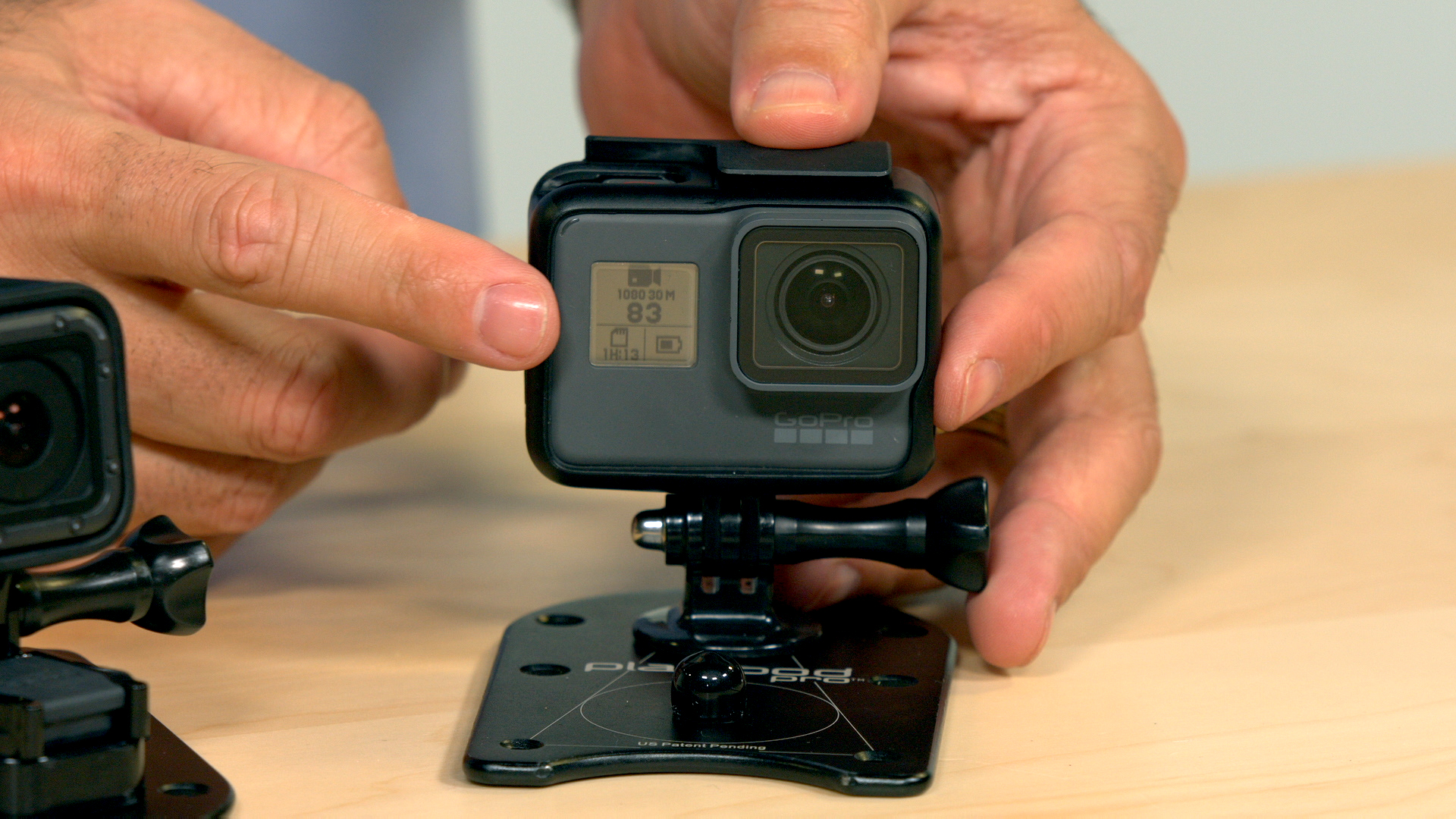 Join Richard Harrington for an in-depth discussion in this video Key new features with the HERO5 cameras, part of GoPro HERO5: Tips, Tricks, and Techniques.

- If you've stepped up to the GoPro Hero5 lineup, there are some great new features that you're going to be able to look forward to. In this course we're going to fully explore these new options. These include some great things like voice control, which allows you to use your voice to trigger things with the GoPro. You'll be able to switch camera modes and use your voice to start and stop recording, as well as adjust certain settings on the fly without ever having to touch the camera. This is great if you're going to be shooting in situations where you want hands free operation.

And we have a new feature called video stabilization. This removes some of the unwanted bounces or shakes that are typically caused when the camera isn't mounted to a tripod. Maybe you're walking with the camera, or you've mounted it to a subject and the extra movement causes distracting vibrations and shake. Well the image stabilization can help remove that. We also have a new feature to auto upload to the Cloud, now this is pretty straightforward to use, you're going to have to connect things using the GoPro app, and also subscribe to the GoPro Plus service, but it will make it easy to get great results and quickly back up your footage and images to the Cloud where they're easy to edit and keep safe.

Now those features are available in both the Session and the Black, but there are some new features only in the Black. One of those is raw photography. Raw photography gives you a lot more flexibility with the type of photos that are captured. This is going to unlock greater control over things like shadows and highlights, and the ability to really get more information to work with when you're post-processing the image in a tool like Photoshop or Lightroom. You also get GPS stamping, so the images will have a location stamp automatically.

Now in the past you can use the GPS signal on your phone, but now when shooting photos, that location data is saved, making it easy to go back and discover, where was this shot taken, or to revisit a favorite shooting location with great detail. And the touch screen is now built in. With the previous version cameras, some of the base models had a built in screen, others didn't. And if you stepped up to the higher quality GoPro Black that had higher quality processors in it, the screen was actually an add on module that you had to pay extra for.

Now with the GoPro Hero Black in the version 5 model, the built in touch screen is there. This means that using the mode button and the menu button and cycling through things is gone, and you don't have to worry so much about which buttons are you pushing for different settings. Now an easy to navigate touch menu system makes this about as simple as working with smart phone apps. Just keep in mind of course, as we explore this, there are a lot of choices and menu options. That's why we're going to dig so deep into these settings.

But the GoPro Hero 5 lineup does have some welcome changes. Both the Session and the Black have several new features, but the Black of course at the top of the product lineup, is going to offer the most new things that you can use to expand your photography and video options.