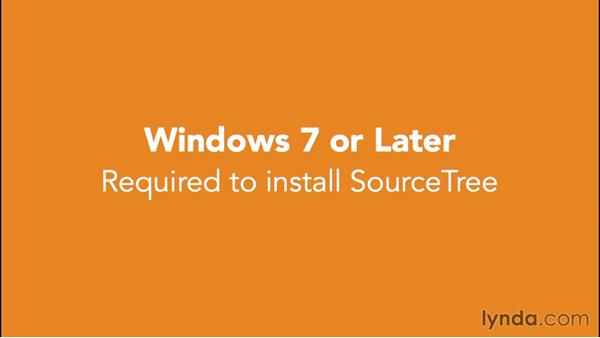 Join Joe Chellman for an in-depth discussion in this video Understanding platform differences, part of Version Control for Everyone (2015).

- Understanding Platform Differences. Now version control software can be beneficial to everyone regardless of the operating system you prefer. However as with most pieces of software, the tools I'm going to introduce in this course work and look slightly different depending on your OS. So first of all I'm recording this course on a Mac running OS 10.10 or Yosemite. Throughout this course I will be using version 2.0.5 of a program called SourceTree. At the time of the recording this is the current version of this software. If you're on a different version of OS X or a different version of SourceTree, you may notice slight differences as you work through the course.

If you're using Windows, the first requirement relates to your OS. You must be using Windows 7 or newer to even install SourceTree. There are numerous minor differences between the Mac and Window versions of SourceTree, but there are some larger differences that make cause issues for you. The areas we'll encounter have most to do with the labeling of buttons, location of menu items or other small workflow differences. Throughout the course you'll hear me specifically address many of these issues, but you may also notice some small differences I didn't manage to call out. For Linux users, unfortunately SourceTree isn't available.

The terminology and workflow will still work for you, but if you decide to work with version control software and want not to use the command line, you'll need to find another solution. SmartGit, which we'll see a little later, is one possibility. Version control software is very popular in the Linux world. Indeed Git the software we'll be using throughout the course that SourceTree helps visualize was originally developed to help manage the development of Linux itself. So hopefully you can get a lot out of this course too.