Setting up your own private repository 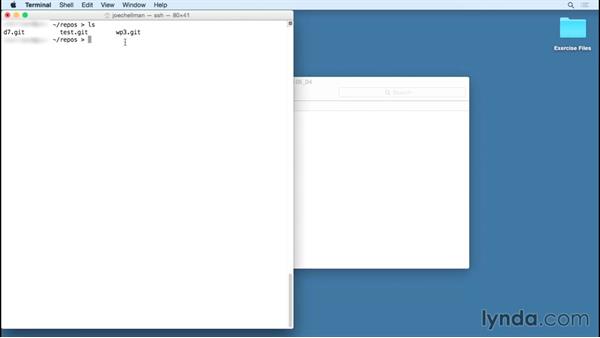 - In this video we're going to look at…how to roll your own Remote Git Repository.…Now, this is definitely a more advanced topic.…And it has a few additional prerequisites…over other things we've talked about before.…You're going to need your own server…that has Git and SSH available.…Most web hosting accounts, even pretty cheap ones,…will have these.…But you'll need to make sure that yours does.…You're also gonna need to be comfortable using SSH…and generating keys so that you can connect to that account…without having to enter the password every time.…It just gets to be a real hassle.…If you want to learn more about SSH,…including keys and all kinds of stuff,…you can check out Understanding SSH by Scott Simpson…here on lynda.com.…

And you're also going to need to be…at least somewhat comfortable with the command-line.…So with all those caveats out of the way,…let's take a look at how to do this.…I have my Slice of Life project here.…And I've already added it to SourceTree.…I open the project up and check the Settings.…

Video: Setting up your own private repository