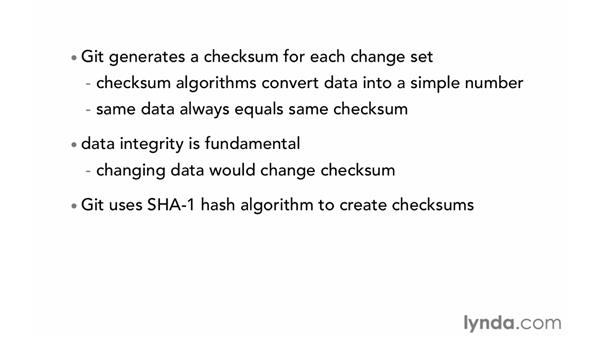 In this movie we're going to talk about the way that Git refers to its commits.…Remember in the last movie where we talk about the workflow we had different…changes that we moved from our working directory, to our staging index, and to the repository.…And I just went ahead and gave those the very simple labels A, B, and C.…Now that's not what Git calls them, and that's what we're going to looking at in…this movie is how Git refers to each of these snapshots of changes.…Now be careful don't mistakenly think that A, B, and C refer to a single file in anyway at all.…In our example we were using a single file, but these are changed sets, sets of…changes, and more often than not they wil refer to multiple files.…