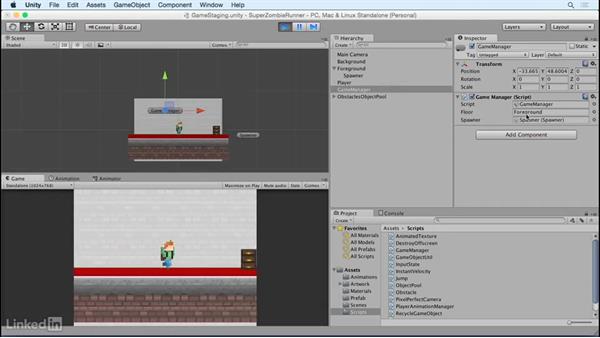 In this video, Jesse Freeman teaches you how to create the core game loop you'll need to start the actual game. This game loop is critical in endless runners so you can allow the player to quickly start a game from when it opens to when they die and want to restart. Learning how build a game loop in Unity 5 is an import skills for building a 2D game.