Detect when the player is standing 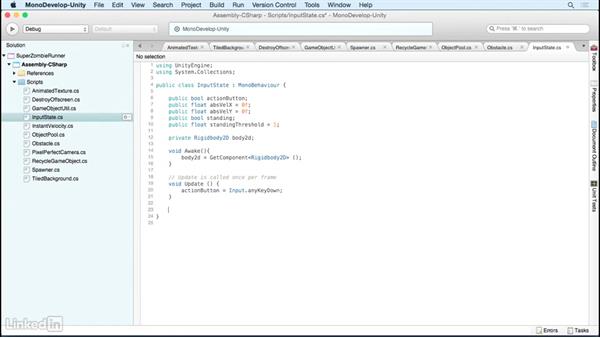 In this video, Jesse Freeman teaches you how to detect when the player is standing on the ground. Understanding the basics of physics and collision detection in Unity is key to add behaviors like running, jump and more to your player class. Learning how build a player GameObject in Unity 5 is an import skills for building a 2D game.

In this class, we're going to keep track…of the absolute x and y values…of the velocity of the player.…We're going to note when the player is standing.…We're also going to keep track of…when any type of input has taken place,…in this case, whatever button makes our player jump.…So let's start adding these properties to the class.…We'll make a public boolean to represent the action button.…

Video: Detect when the player is standing