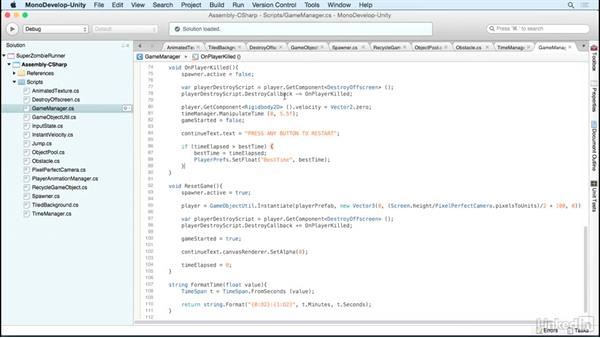 In this video, Jesse Freeman teaches you how to add a simple lightning effect to the game. While Unity does support real time lighting it also helps know tricks to create more optimized ways to add lighting to your scene such as using a transparent to black gradient as a UI Image overlay. Learning how to polish a Unity 5 game is an import skills for building a 2D game.

In this case, let's go all the way up to the start method…and at the end, let's set the best time to equal player…