What is a core for a game? 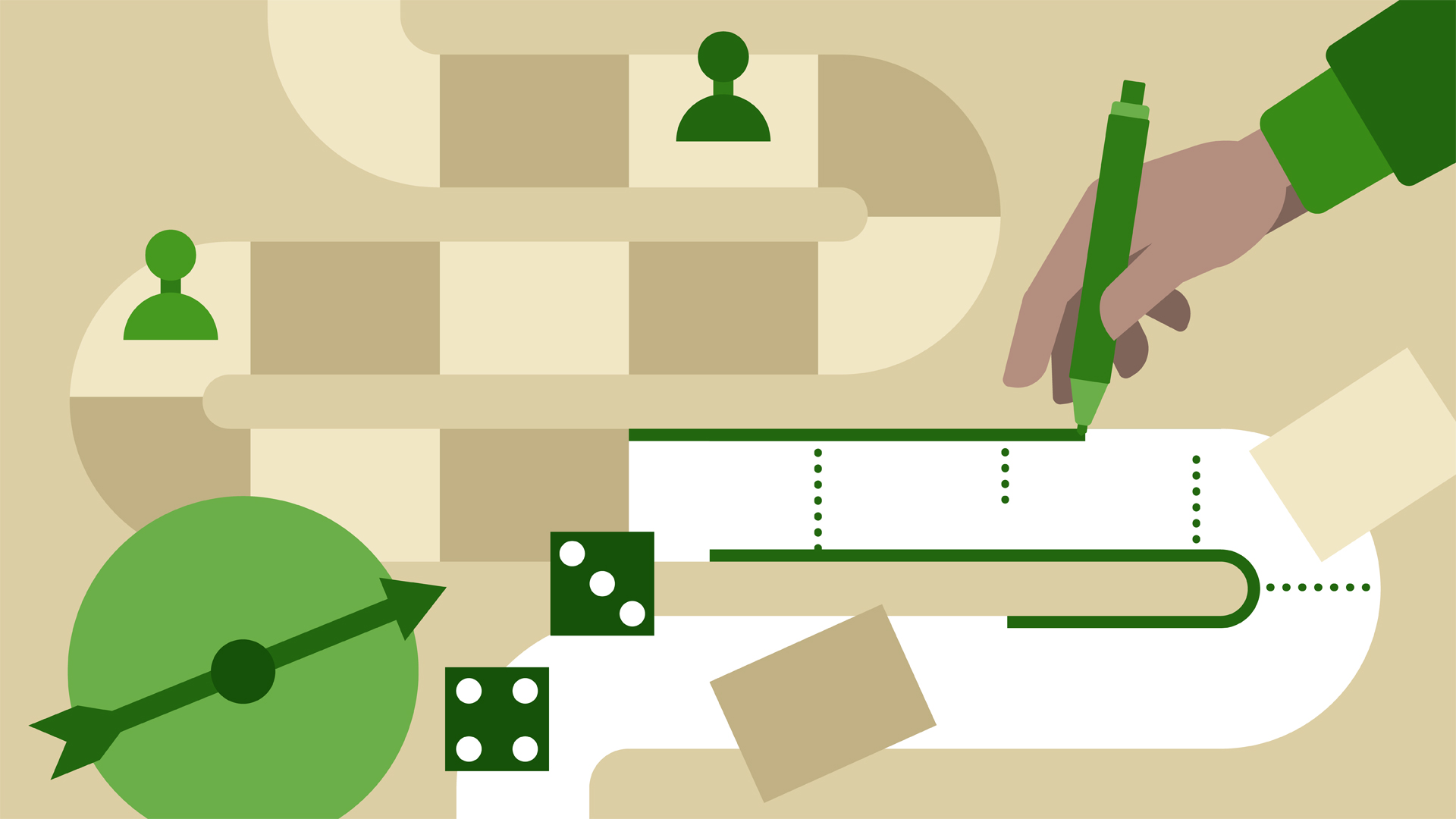 Join Brenda Romero for an in-depth discussion in this video What is a core for a game?, part of Game Design Foundations: 1 Ideas, Core Loops, and Goals.

- [Instructor] Listen to a group of game players talking about a game they'd like to make. You'll hear one feature after another mentioned. You could this, says one. And this would be cool too, says another. Cool as those individual features might be, without any kind of connection to a greater whole, a core, those features are unlikely to result in great gameplay. As designers we start with a core, the one thing our game is about. Understanding what a core is is one of the most important concepts in game design.

Another way of putting it, a core of a game is it's statement of purpose. The core of the Battlefield series is surviving a wartime encounter. The core of every role playing game is character development, or survival. The core of Rock Band, not surprisingly, is about making great music with friends. Now if I said the core of my game is was about fear you'd probably question me if I said I wanted to put a flowering growing mechanic in it. If I said I wanted to include a fear meter, which affected the player's sanity you'd be all over it.

Equally important to the core is this, every single feature and system in the game must make the core stronger or be necessary for it to exist in the first place. Should a feature fail to do this it should be cut or redesigned to strengthen the core. Now for the sake of understanding, think of the core as a hub or a center of a wheel. The full game experience is the wheel itself. The spokes on the wheel are the features which support the core and make the gameplay stronger.

Spokes which don't directly link to the core of the game tend to be superfluous and should be cut. Sure, they might be interesting, but in video games every feature is tens of thousands and sometimes millions of dollars. Let's consider the role playing game core again. Every single feature in that game is designed to further the progression of that character, from combat, to guilds, to better armor, to weapons. Monsters are there to give the player experience and quests and NPCs do similar things.

Everything makes that core stronger. All great game designers follow this principle, without exception. Individually they may have their blunders and games which they wish they'd not made, but behind every great game one finds this principle, always. There are games with multiple cores, but they tend to suffer under that weight. It's hard to be great at two or three or four things. Automobiles provide a great example of how a shifting core shifts the features of a game.

Consider how changing the core changes the design of the car and the features we would add. For instance, how would you build a car differently if it had these cores? A car striving to break the land speed record, one designed for comfort, a street legal car designed for speed, a car designed for prestige, a classic car hoping to win an award at a show, or maybe a luxury car for a million dollars, an off-road vehicle, a military vehicle, a car designed to offer protection.

Their different cores, or statements of purpose cause us as designers to think about the overall design of the car differently in every single case. And it's exactly the same way with game designers. The core of the video game Forza Motorsports Racing was owning a racing car. Now unlike traditional games, this game allowed you to get the experience of being a racecar owner from detailing the car to posing and photographing it. Of course, racing was a big part of the experience.

The core of the original Wolfenstein 3D was speed. While the game was released in 1992, I bring it up because something interesting happened in its development, which is directly applicable to our discussion of cores. Yes, you had weapons and you dispatched enemies, but underneath it all you did it with speed. Speed heightened the intensity of the experience and no game was as fast as Wolfenstein 3D. In fact, to this day few are. During development the creators of the game had a feature which allowed you to search the enemies bodies for loot, you know, health packs and the like.

What this did however was slow down the intensity of the game, so although this feature was completely coded and tested, they removed it from the game, because it weakened the core experience they were looking for, it slowed players down. You can identify the core of any game if you look and you can radically change the design of any game by changing its core. For instance, consider my old favorite, Guitar Hero. Its core is about becoming a guitar playing rockstar and everything in the game supports that from the magazine covers to the glorification of the real guitar player videos that people can unlock through play.

If the game were about playing a guitar well or teaching how to play guitar it would be much different. The whole narrative could be and should be changed to facilitate that new core, if that's the way they decided to go. A game core is also supported by game pillars. Increasingly game designers are also using the concept of pillars to construct and constrain their designs and more importantly, it's become something publishers want to find before agreeing to fund or publish a game.

Metaphorically, pillars support a roof just as pillars support a game. Pillars provide designers with constant reference points by which they judge the value of a feature. The concept of pillars is slightly different than a core in that it not only addresses the what, but the why and the how as well. In some essence it also encapsulates the personality of the game. You might say your game is gritty or incredibly dangerous. And thinking about those pillars that's somethings we go back to when we come up with features for the game.

Is this feature gritty? How do we make it gritty? Some game teams even go so far as to create posters of game pillars to regularly remind and focus the team through the many months it takes to bring a game from an idea to completion. How would I describe game pillars? Well, the first might be what, as in the core of the game, to instill player fear as an example. The next, how, as in the philosophy or intention, to make players question everything.

And the last, why, as in a value, forcing players to focus on the unexpected. One of Blizzard's why pillars is focus on the fantasy and it is also one of the company's core game design values. Pillars can also be the three most critical things about the game. Ultimately, what your game's pillars are is up to you, but these are things that you will go back to again and again with every single feature, so you want to make sure that these values are instilled throughout the game.

How do we use game cores and pillars? Well, once defined a game's core allows us to focus our thoughts and the game's features. If you've ever tried designing a video game ideas are a dime a dozen. Everyone has at least one suggestion on something you absolutely must do. Game cores allow you to focus your time and your budget on the stuff that will make the game stronger. Cores and pillars are not meant to constrain creativity, rather they're great time saving and game improving filters.

When you next play a game think of its core experience, the one thing that game is about. Is it about survival, as many games are? Or is it about running a restaurant? Is it about building your business from nothing to something? Practice identifying cores in whatever you do. Think of Disneyland, the happiest place on earth. What do they do to live up to that happiest core? BMW calls itself the ultimate driving machine. What makes it so? Once you understand what a core is and know how to identify one practice thinking around possible core concepts.

If you were to make the happiest game on earth what would it be like? What is the one thing your game will be about? 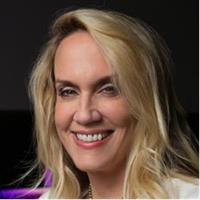 11/7/2017
Great games create compelling experiences and transport us to worlds strikingly different from our own. It's no wonder that many gamers—sparked by their passion for the games they love—dream of creating their own games. In this course, award-winning game designer Brenda Romero shares practical strategies for starting a career in game design, drafting your game ideas, and fleshing out those concepts into designs that a team can implement. Brenda discusses the role of the game designer, as well as how to define the core loop of your game, create features from a core, and more.
Topics include:

Video: What is a core for a game?