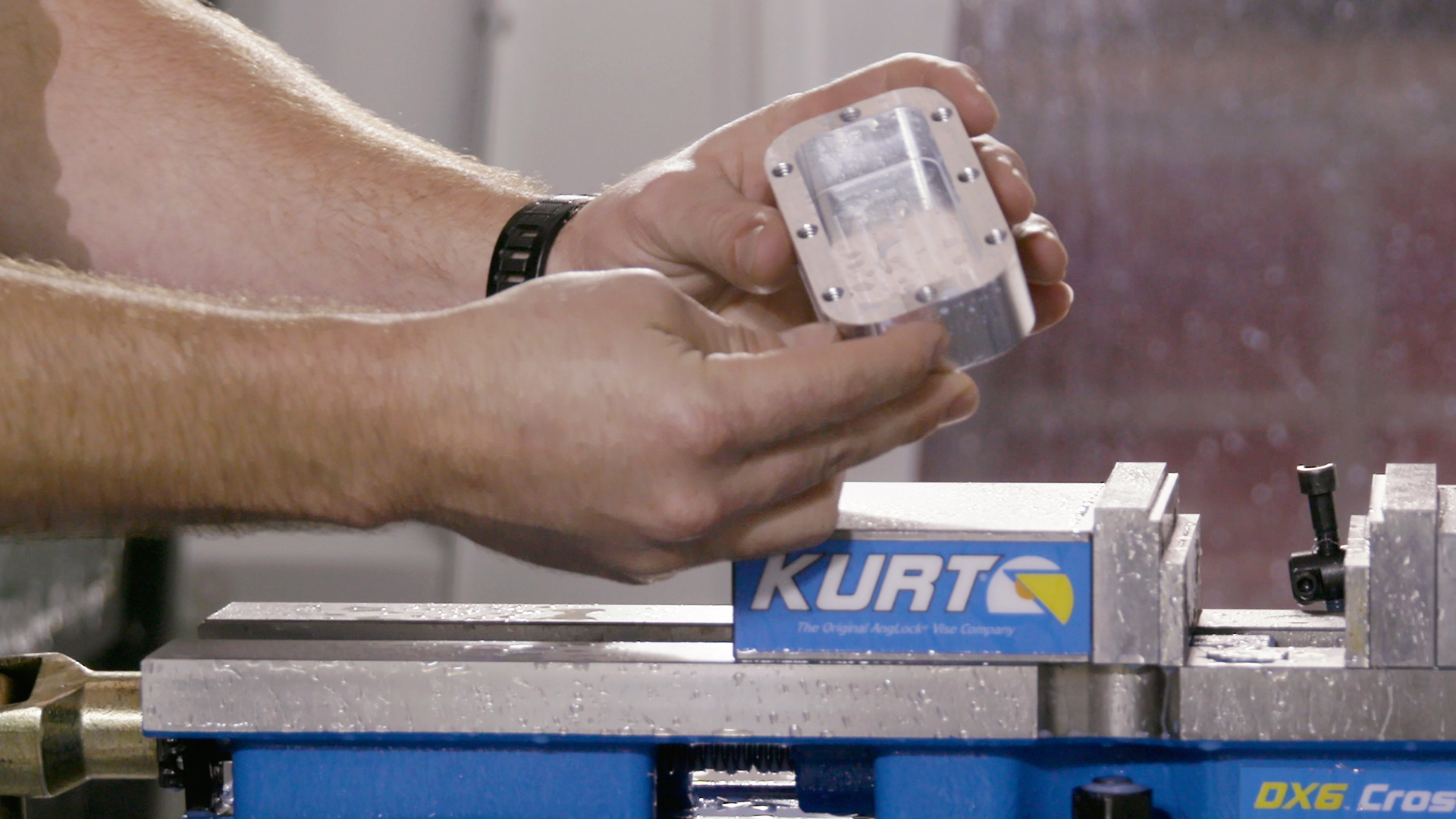 Learn how to change tools on a CNC mill.

- [Instructor] The M6 command allows us to change tools on a CNC Machine. It's pretty straightforward, called the M6, followed by T and then the tool number. So it can be M6-T1 for tool one, it's going to be M6-T5 for tool five. Pretty straightforward. Now, you can switch the order of the tool and the M6, so you could have T1-M6, or M6-T1, it doesn't really matter. Now in this simple program here, you can see I'm calling tool one, followed by a mandatory stop. Then tool two, another stop.

Tool three, a stop. Tool four, a stop. And then, I'm actually going to pre-stage a tool. So I'm actually not going to change tools, I'm just going to pre-stage that tool so it comes into position, so it's ready to change tools and then pause. And then I'm going to go ahead and change tools and then switch back to tool five. So that's going to be the program. We're going to go ahead and run on the CNC machine so you can see how the machine quickly can change tools. - In this program, we're going to run through a handful of tool changes to show you how we can select and pre-select tools.

(machine whirring) And for the last few, I'll push it up to 100%. (machine whirring) As you can see from the program, we can easily change tools by calling the M6 command, followed by the tool number in the format of T and then the corresponding tool, like a T1 or a T2. We can also pre-stage tools if you have a machine that has a side-mount tool changer by calling the tool number without the M6.

This is helpful for getting the tool ready, and in position, so tool changes happen faster.