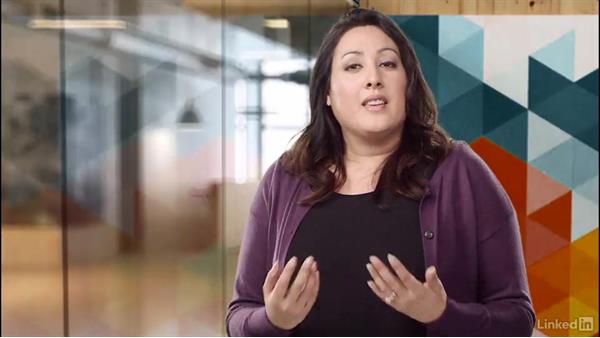 Join Diane Cronenwett for an in-depth discussion in this video Usability and prototyping, part of Hands-On Mobile Prototyping for UX Designers.

- We've talked a bit about prototyping as a mechanism to gain feedback from users. In order to make sure you're getting the right type of feedback, you will need to take into consideration where you are in the design process, and which fidelity of feedback you're looking for. Your design comes first. Then you determine how you're going to prototype, and what materials you have available to you. Don't feel as if you need to think about how to prototype first, it's more important that you think about creating the design first, and then decide how and when to prototype. Additionally, it also comes down to, how comfortable do you feel using the tools available to you? If sketching is a strength for you, you may want to do most of your prototyping on paper.

Do what's best for your own process, and take into consideration the level of feedback you're looking for. If you are early in the design process, you probably aren't looking for feedback around copy and iconography, and you are more interested in whether the screen flow makes sense, or if the actions are clear. If you are later in the design process, you probably are looking for feedback around iconography, and more specifics around copy, layout, and animation states. At this fidelity, your users may start to think of this as the final product, so the feedback may be really specific.

If you want to put your prototype in front of users, you will want to determine which questions about the design you want to know the answer to. For example, in the photo app that we will be prototyping today, this is an example of a paper prototype. You'll note that it's pretty clear that the focus is on the basics of the design, and not on color. I would want to ask questions around, what happens when they tap onto one of these images? What information would they want to see associated with that image? This is a high fidelity version of the same app. I would want to ask some questions around the tab bar.

Do the icons make sense? Are these the right actions on the photo card? Is the tap behavior the right transition? Once you have some questions you want to know the answer to, you'll identify the key tasks you want your users to perform as part of the usability test. The prototype itself does not need to cover every use case, or every possible screen that the user can tap. It's more important to make sure the key tasks are represented in the prototype. Think of your prototype as a conversation piece.

What questions do you want answered? You might be curious about the photo experience in the feed, and wonder, do people know they can tap on those photos? What do they expect to happen? Based on these questions, you can create a task around having someone interact with the photos on the feed, so a sample task might be something like task one, scrolling through the feed and tapping on a photo. In the case of the photo app, this will include creating a task for the user to scroll through the feed and tapping into the photo detail, so we will need to make sure these screens are represented in the prototype.

Task two, invoking the camera functionality to take a photo. You might want to know if users expect the actions on the tab bar. For example, is the camera icon intuitive? What would they expect to happen if this was tapped? Task three, selecting the photo to add to the feed. Once they take a photo, is it clear on how to add this to the feed? To understand that behavior better, adding a task would be a good way to observe if the user has any confusion around this. Task four, tapping into the profile area.

You may want to know if the right information is presented in the profile. Perhaps you had some ideas of adding stats or settings. In this case, creating a task in which you can observe the user tapping into the profile area would give you the option to ask questions on what they expect to see, and if they have any other things they might want to see there. Once tasks have been created, you have a good guide on what you'll need to gain valuable feedback from your users. You may also want to create alternate versions of the design that are different, and put all those versions of the prototype in front of users.

When creating multiple versions, you will start to get a sense of what users want, and what they value as part of that core experience. If you make alternate versions, make sure to show them to users in a different order. If you show the same design first, the second design might be perceived as easier to use, because the users have already seen a version of it. By counterbalancing the order you present your designs in, you can avoid any bias. If you want to go deeper into this topic of usability testing, take a look at Foundations of UX: Usability Testing to learn more.

Gaining user feedback and task creation is something to consider when creating your design. 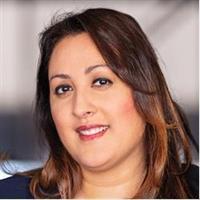 7/8/2016
Design research and user requirements only get you so far. Sometimes you have to go hands on to create the user experience your mobile app users deserve. Explore the various methods for prototyping mobile applications, from analog to digital, and their place in the UX design process. Diane Cronenwett explains why prototyping is so important in UX, and compares the merits of low-fidelity methods like pen and paper to high-fidelity tools such as Photoshop. She then teaches various paper and digital prototyping methods, using tools such as stop-motion animation, Keynote, InVision, and Flinto. Using these prototyping techniques, you'll be able to refine your designs and get more targeted feedback from your users.
Topics include: