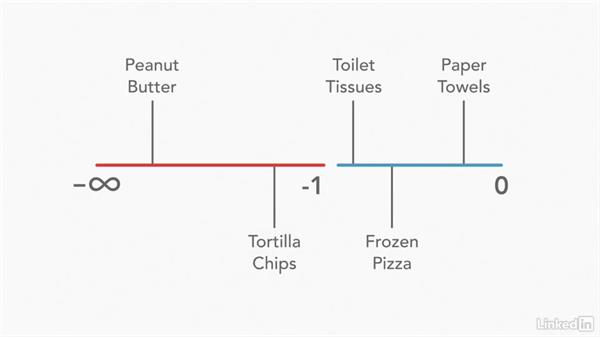 In the real world, price elasticities depend on many factors. As a rule of thumb, you have a done a good job if the price elasticity of your product is closer to zero than highly negative. It means that your customers are rather loyal to your product and service and that you are able to charge a better price.

The mathematical equation is change in demand divided by change in price equals elasticity. On the other hand, if you spend hundreds of dollars on iTunes for music and videos, your costs to switch to an android phones are significant. An increase in price of 10% that results in only a 2% demand reduction has an elasticity of minus zero point two. So, if it's very easy for the customer to switch suppliers, demand is considered to be elastic, which can be any number between minus one and minus infinity.

If it difficult for customers to switch suppliers, the demand is considered to be inelastic, and the number is between zero and minus one. In a large scale study, Goldenbread and his colleagues have analyzed 1,870,000 purchases in 121 brands. Using this data set, they have calculated the quarterly price elasticity of various categories. We can see the demand for paper towels is rather inelastic at minus zero point three seven.

That means people keep buying the same brand of paper towel, while the demand for peanut butter is very elastic at minus four point zero one. Meaning that people readily switch brands. In between, we see frozen pizza at minus zero point eight four, toilet tissue at minus zero point nine two, tortilla chips at minus one point one two are more price inelastic. While coffee is at minus two point six four, and mayo is at minus three point eight four are more price elastic.

Personally, the elasticity for coffee makes no sense for me whatsoever because my demand for coffee is completely inelastic. When we study price elasticity, we also have to distinguish between short term and long term effects. The best example is the elasticity for gasoline. We would assume that the elasticity is rather small in the short term, and larger in the long term. In the first few months after a price increase, very few drivers can and will reduce the number of miles they are driving.

In some cases, after price increase, demand decreases dramatically. Customers may delay their next order, or they may try another supplier, or they may just wanna give you a hard time. In the mid and long term, however, many of those customers may come back and accept the higher price. In the opposite case, we may have a competitor who is lowering his price to gain marketure. In the short term, this may work, but in the long term, he might lose those new customers.

To conclude, we have learned that price elasticity is very different depending on the concrete buying context. As a rule of thumb, you have done a good job if your price elasticity of your product is closer to zero than highly negative. It means that your customers are rather loyal to your product and service, and that you are able to charge a better price.