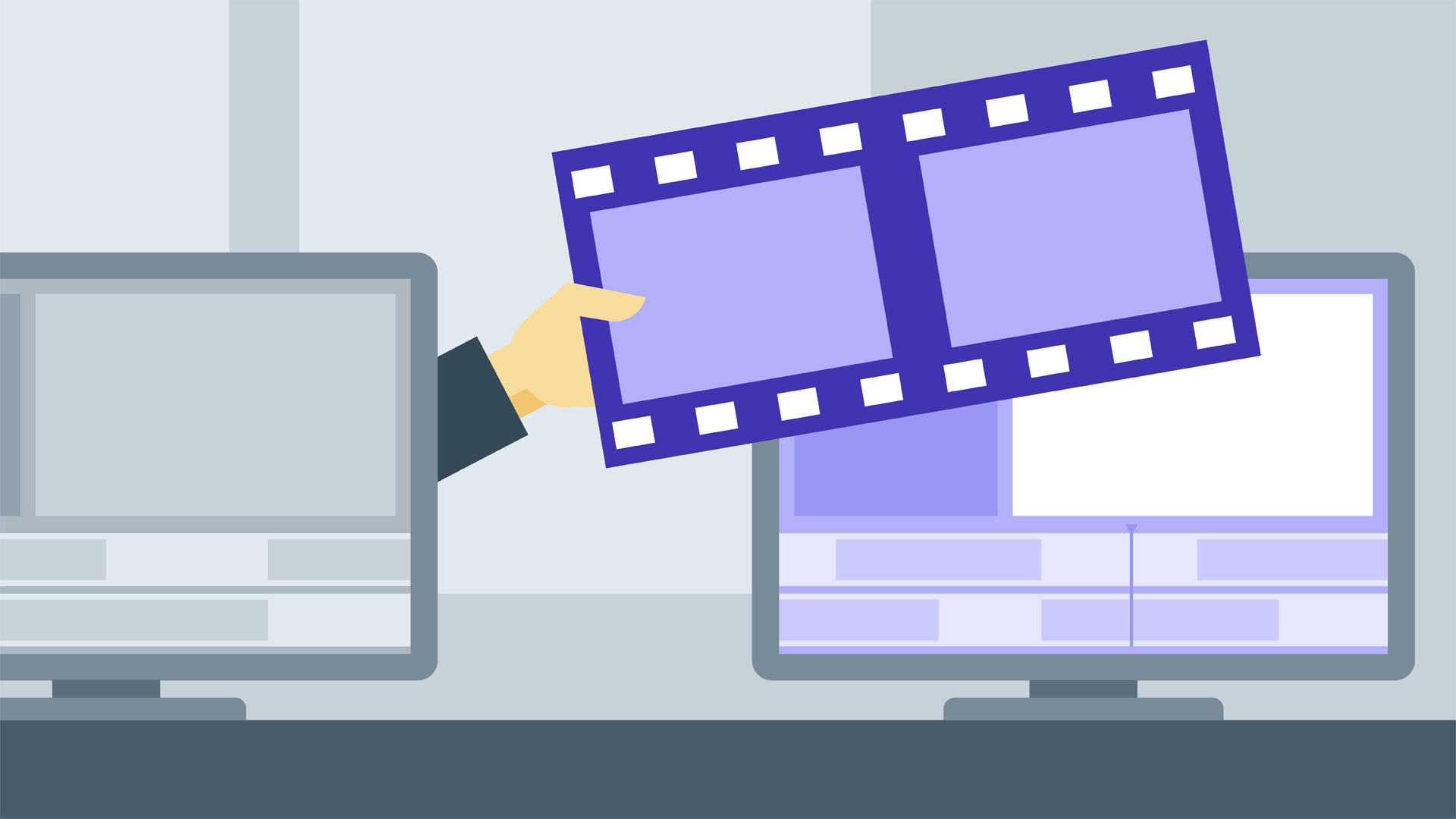 - [Instructor] I've a couple of specific thoughts about how Final Cut editing is just a little bit different. Let's explore that. So, I'm in a sequence I called Trackless system, 'cause I want to talk about some thoughts about working and editing here, in a trackless system. The first concept I want to show you, I'm going to come over to my Generators a moment, and I'm just going to bring the Curtain into the timeline. And just drag and drop it, and it can live above, it's a very long clip, I'm going to hit a shift + z, and I'll just trim it back. Often I get an Editor who will say to me, "Well, where's my V1, where are my tracks? "V1 is where all my story goes." And I go, that's totally true, expect in the case of say, green screen clips.

In green screen clips, your story is really up on V2, and you're lying to yourself if you say, hey, V1's where my story always goes, because in this case, V2 is where it would go. This is a connected clip, and I can drag, and I can actually pull it underneath my timeline. And this is just kind of a wild idea, if this is my main story and this is a background. For example, I'll take this clip here, I'll go up to the inspector, and I'll just scale it down. Transform, Show. Let's pull the Scale. You can see it's revealing that information underneath.

So, the first thing I want you to hear just is this idea that in a trackless based system, you're able to put things below just as much as over. And there's no real operative difference. I'm going to go ahead and reset that. I'm going to close up my inspector, cmd + 4. I'm going to switch back to my clips. The second thing I would like you to see, is here under Tahoe, I'll go through my Day clips, I go through the process of watching all of my footage, and the skimmer's a very quick way to work. But another really quick way to work is found here under the clip filtering menu.

It's called Continuous Playback. And now, as I play through a clip, with "j", "k", "l", and I'll hit the "l" key multiple times to go fast. (faint speaking) It's going from clip to clip to clip, as fast or as short as I want. And I can use, my in and out points, and my favoriting, "f" for favorites, to be able to make my selects this way. You can keyword, you can do all of it. And it's really, really quick, especially with this Continuous Playback.

Taking a look at a different sequence, this Three Point editing one, I'm going to do a Shift + Z so we can see it. I'm going to just come in here, on my timeline with a couple cmd +s. I use the two fingers on my track pad, or I'm going to roll the mouse wheel to go left and right. We'll do one cmd + -. If I were to say I want a clip to live in between these two cutaways, put an "i" for an in point, back one frame and "o' for an out point. If I were to go ahead and grab one of these Ojai Olive clips and edit that there, with the letter Q.

Let's say, one of my Hilltop clips. We'll take this one here, and we'll just hit the letter Q. It comes perfectly in top. If I've got several clips like this, I'm almost always going to make them their own storyline. That's cmd + g. That's just so they live as a physical group. Now, when I do so, you have three pins at the bottom here, one, two, and three, when I do so, they'll become one pin. So, they're going to travel with this first clip if I move it. Not the other clips.

But I can put dissolves now in between them. Z for zoom. Let's zoom in on that. I'd like you to see that if you want to move that position, you want to move that little point, that little, tiny pin there, I have to select the top, and hit Command + Option. And that should move it. I always have a problem with it with individual clips, so I'm just going to go ahead here and undo so they're individual items. There we go. Let's try a Command + Option now.

Command + Option, it moved the pin to right there. Let's try it again with all three of them. I'll hit a Command + G to group them, to create their own storyline. And again, I'll hit a Command + Option, double click on it, and move the pin there. It now moves with this middle clip rather than the first clip. Do a Shift + Z. I'm going to switch to a different project. Let's go back to Tahoe Dissolves. We go into my Tahoe footage. Let's go into the Night footage. If you're the sort of editor that likes to throw stuff at the end of the timeline, you'll find it's really difficult.

Because grabbing a clip, grabbing a portion of it, and bringing it down here, just won't work for you. Because it's always going to try and put it at the end. It's not going to let you put it way up in this empty area. And for that, you need the position tool, "p" for position. And now, Final Cut 10 kind of behaves the way almost any other editorial tool, it lets you put stuff anywhere. And while this is nice, I would recommend that you would take these sections and favorite them, rather than just place them at the end of the timeline. But, if this is the way you want to work, totally, this is fine. That's "p" for the position, versus "a" for arrow.

Last thing I want to mention here, is this idea that if you want to adjust the track heights and the like, we have the choice here for looking at the timeline, Shift + Z, as all audio waveforms, working our way slowly, to all video tracks, to all pictures. And we have the option if we want, to click this button to make everything thin, little, tiny strips. This is great when we're working with a fairly complex timeline. So I'm going to scroll up. I'm going to go to my Projects.

I'm going to open up, maybe, the Replace edits. And I'm going to say, let's view this all as tiny elements. The keys for this are ctrl + opt + ↑, think of it as making the waveforms larger and smaller. So up and down arrows. Up, up, up, up. Down, down, down, down. And those same two keys with one, two, three, four, five, six. That's how you can sit back and quickly adjust those heights.

We know that Command plus and minus, zoom in and out, on our timeline. If you add the Shift key to it, it does the heights of the tracks as well. So, those are kind of my tips to stay sane on the editing portion. And pay attention to the close of the next section, where I talk about moving stuff on the timeline. 'Cause there's some interesting things that have to do with the pin there, on the timeline.

1/9/2018
Upgrading from Final Cut Pro 7 to Final Cut Pro X gives video editors the newest interface and tools for video editing. Understanding the differences between the two versions paves the way for a painless upgrade experience. Learn how to migrate your skillset and your projects to Final Cut Pro X. Author Jeff Greenberg covers the new features and workflows in version X, including the magnetic timeline, connected clips, and the deep integration of color correction and sound editing.
Topics include: