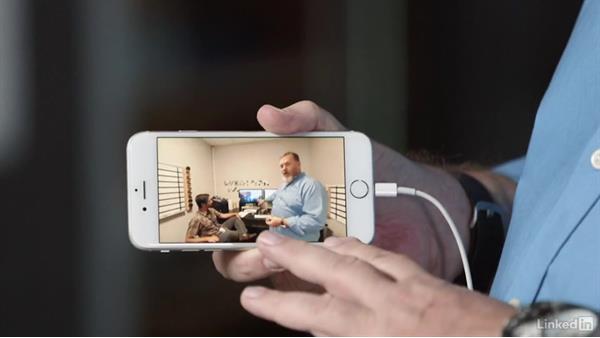 Where can you watch 360° video? In its digital form, a spherical video is really just a flat video that is made spherical by to right video player. The files and codecs are relatively standardized, but the viewing experience is anything but. There are seven levels of viewing a spherical video. We’ll start with YouTube since they have been instrumental in standardizing the format.

- In its digital form, a spherical video is really just a flat video that's made spherical by the right video player. The files in codex are relatively standardized now, but the viewing experience is anything but. The way I figure it, there are seven levels of viewing for spherical video. We'll start on YouTube since they have been instrumental in standardizing this format. The lowest level of watching 360 videos is on a browser like Safari that doesn't support 360. You can see the top and the bottom of the frame stretched out like the north and south poles on a map of the world.

Level two is to watch it on a browser that does support 360, like Chrome or Firefox. Now it looks like a normal video, but you can pan around, you can navigate with these arrows or by moving it around with this little hand. We can look up, we can look down or anywhere we want. The next level is to watch it on a device like a smartphone or a tablet. With this, let it play here, we can pan around with a finger, just like that, to look all the way around the room in 360.

We can look up and down, see my shoes, that's always fun, there's the next scene. And this also acts as a magic window. With the motion sensors on these products, we can tilt up and down and look around, and our view changes with the attitude of the device. Now that's a lot of fun, and that's enough to impress most people with this format. Now, if you want to do this with your phone, you want it to be at the best possible resolution.

You see, it still works like a magic window, so wherever I look, I can see what I'm getting. But if I want to see it in a higher resolution, 'cause my eyes are right in there, I need to hit the button in the corner and then choose Quality, and then I can select the highest resolution available, I'll choose the 4k, that way I'll get the most pixels as possible when I'm looking at it up close. You might have to wait a couple minutes for this to download, but it's worth it. Now the next level, level four, you can put your phone into what's called a Google Cardboard.

You can order these for a couple of bucks on Amazon.com or anywhere. They often get given away at parties, and recently they even came bundled with your Sunday New York Times. Now we're watching this in high-res in 4k, we just hit the Google Cardboard button, these little cottles in the corner, and we get the whole thing split in two, so we have a different image for each eye. And once it's in the Cardboard, you can look around, and it's like you're really there. Now, the Cardboard is an entry level device. For just a couple of bucks more, you can get a slightly more sophisticated head mounted display that actually mounts on your head with straps so you don't have to hold it up with your hands.

It makes it a lot easier to watch longer videos and really feel like you're there by strapping it on. You notice it's a lot steadier now as well because it's not shaking in your hands. Now, that's great, but you want to go to the next level. If you want to get a more immersive experience, you can plug in headphones, any old headphones will do. Now if you're gonna watch a video like this, you want to make sure you're in a safe place and not gonna get snuck up on by anybody or fall off of a cliff or anything.

Maybe a nice swivel chair would be nice for your VR experience. Ooh, the sound stage. Now, streaming video is inherently problematic. Streaming video is inherently problematic because it's bound to stall or fail right when you're trying to show your wife how cool it is. So another thing I do for that ultimate level seven top level video experience is to use a dedicated VR player on my phone and load my 360 video files directly onto it using iTunes.

That way I get the full resolution with no waiting for it to download, and no need for WiFi. In a few years, all these devices and services will be a lot faster and more seamless and easier to use, but for now, that is the best way to look at 360 immersive video content. Now, there are links to all of these resources in the video description below, including our 360 video tour of Lynda.com.