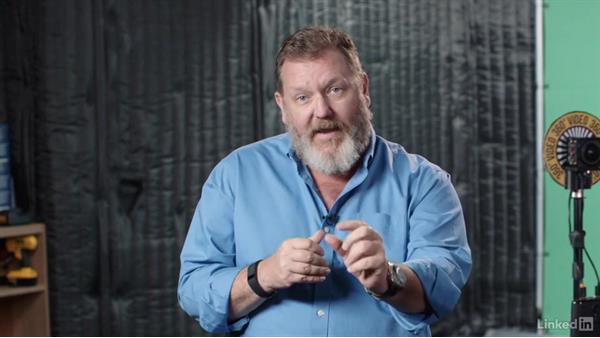 Mark talks about just what you can shoot in the 360° spherical video format. How can you take 360° video beyond the parlor-trick level and make something that people will really want to watch. Here are a few guidelines. Shoot in interesting environments. Give your audience a reason to look around. Think of unique events and perspectives you want to share.

- And here we are back at Stage Five at Lynda.com…where we began.…To conclude this chapter, let's talk about…just what you might want to shoot…in the 360-degree spherical video format.…How can you take 360 video beyond the parlor trick stage…and make something that people will really want to watch?…Well, here are a few guidelines.…Shoot in interesting environments.…Give your audience a reason to look around.…A small room with lots of interesting detail…is actually a lot more compelling than wide-open spaces.…

I'll look to the low net resolution you get,…seeing only a portion of a spherical video at a time.…Fine details that are more than a few yards away…can become indistinct.…So intimate environments can have a lot more impact…than big, large ones.…If you want to create a house tour for a real estate agent,…for example, 360 would be a wonderful way to show…the inside of any home to anyone around the world…with an Internet connection.…Think of unique events and perspectives…you might want to share.…This format is great for capturing what it feels like…

Video: What to shoot