Understanding what makes a good documentary 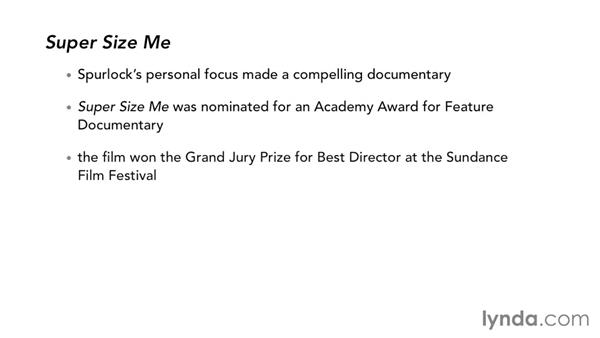 - Creating a good documentary can be fascinating work because of the endless subjects and topics on which you can focus your camera. But it's important to define your intent from the beginning, so the plot of your documentary can develop clearly and achieve your goal effectively. In this course, you will begin at the editing stage using footage that's already been shot. Before diving into that project, let's step back and examine. What makes a good documentary? All documentaries, like fictional stories, begin with an idea.

Often, that idea is a simple curiosity. What happens if I don't eat healthy? What was somebody's life like? Why isn't something fair? But documentaries need more "meat". If you have a curiosity, you have to focus your intent and be specific about your question, which, of course, becomes the plot you follow. Rather than ask, "What happens if I don't eat right," you might create a plot around the very specific challenge of "What happens to my body if I eat fast food for 30 days?" In the 2004 documentary, "Super Size Me," director and star, Morgan Spurlock, posed this very specific question.

He documented himself eating at McDonald's for 30 days and then evaluated the physical consequences from having done just that. He revealed some pretty horrific facts about eating fast food as a primary diet. The stakes were personal for Spurlock, because he made himself the main character. He became the guinea pig that ate nothing but fast food for 30 days. It was his body he was putting through the test. Those are pretty high stakes, and it's what made his documentary so compelling.

In fact, "Super Size Me" was nominated for an Academy Award for Feature Documentary, and it won the Grand Jury Prize for Best Director at the Sundance Film Festival. Robert Flaherty is often referred to as the "Father of the Documentary Film." In 1922, he produced what is thought of as the first commercial full length documentary. While on business on the Belcher Islands in northern Quebec, Canada, Flaherty became fascinated by the Inuit people living there and decided to document them.

To bring his documentary into sharper focus, he examined what life was like within a single Inuit family, but Flaherty also wanted the main character, Nanook, to look representative of the Inuit people. So, he chose a particular person to play the role of Nanook. And in order to show a more complete cycle of life events over the course of a year, Flaherty actually had to stage certain situations, but as Flaherty himself acknowledged, "One often has to distort a thing to catch its true spirit." As an editor, you're part of a team of people whose job it is to shape and tell a very specific, focused story.

You use your storytelling and editing skills, and you help create a clearly defined drama. After all, editors are story conveyors. You assemble and deliver the story elements as a cohesive whole. Documentaries run the gamut of raw observations captured on hidden cameras to semi-planned events, and while the premise may begin as a simple curiosity, a lot of thought and research goes into clarifying the intent and developing a plot around which the documentary's story can be told. Mix in characters who have something at stake, like Morgan Spurlock or Nanook from Nanook of the North, and you have a clearly defined drama and hopefully one where the viewer doesn't get sidetracked or weighed down with unnecessary information. 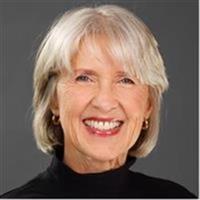