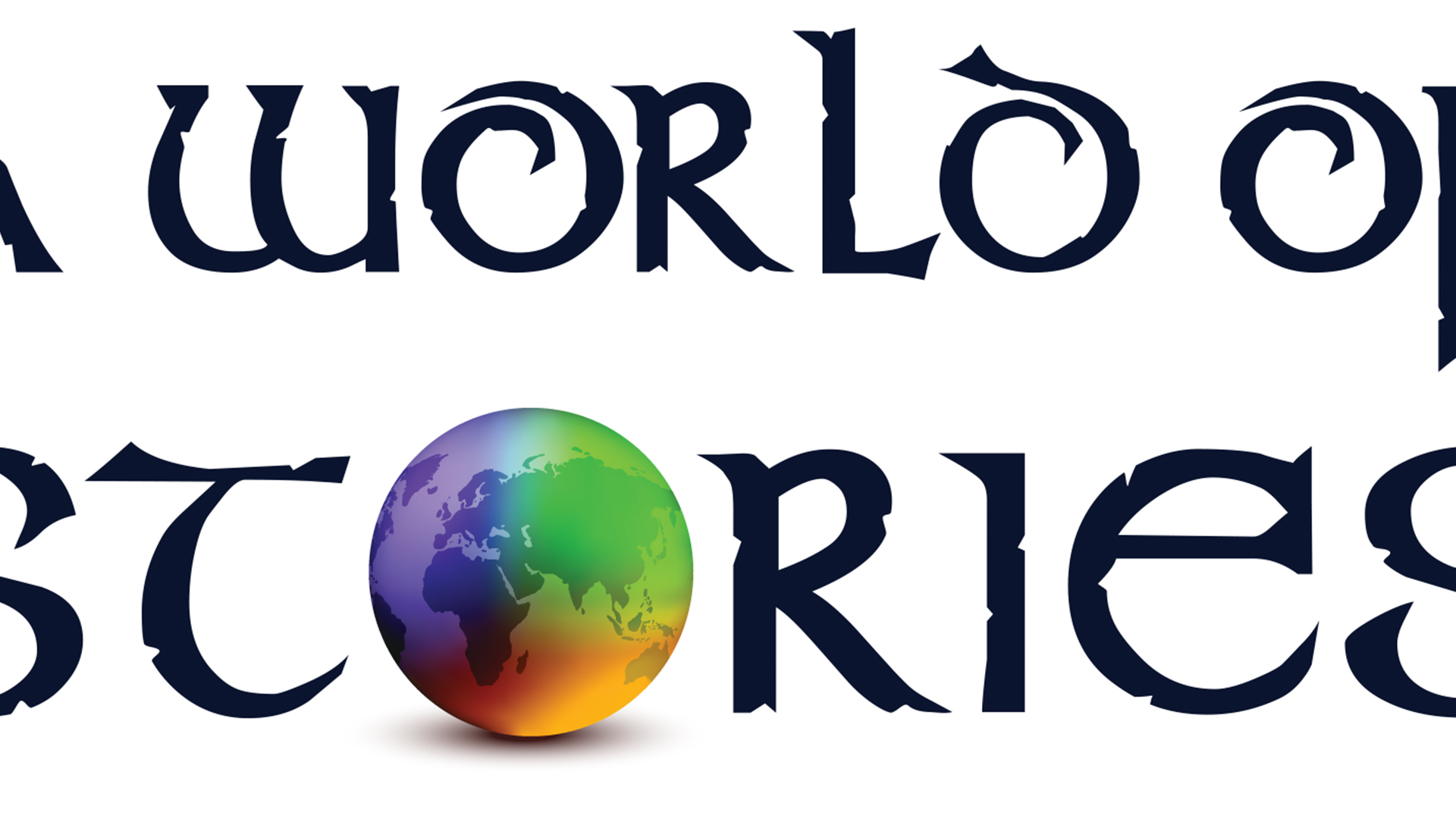 Have you ever been given a bunch of graphic assets from a variety of different formats to create a graphic out of? How can you make them work together in a motion graphic? In this video, author Nick Harauz takes a look at troubleshooting how to work with graphics and animating them using Adobe After Effects.

- So you've been given a bunch of graphic assets from a variety of different formats. So in this movie, we're going to take a look at creating one of the motion infographics that's available in your project files. We haven't imported the final cut, and you should note that there is actually no Final Cut Pro project for this, because we're going to be doing this work in After Effects. You might be asking yourself, okay, we're in the Apple hemisphere, why on earth are we working with After Effects? And the truth of the matter is, lots and lots of people are doing motion and graphics in After Effects, so we should just understand how that workflow works, and in many cases, having After Effects under your belt to work with Photoshop files as well as Illustrator files can really help you out in your video editing workflows.

So without further ado, let's actually open up After Effects. Currently we're on CC 2017, the latest release of the Creative Cloud, and we're going to get in in a second and start to create a new project. So After Effects has launched, and what we'll see is a start window. If you have existing projects, of course, you can access them, but we're going to create a new project. And the new project, by default, is titled Untitled. Let's change that name, I'm going to hit Shift Command S to rename the project. And I'm going to head onto my desktop into the Final Cut creative graphics files, and save this as a project file.

I'm just going to call this AE INTRO GRAPHIC, okay? And then after I type that I'm going to hit Save, and now it's time to import our graphic file into After Effects. Now, before we do, I just want to give you a sense of what we're going to be creating. We're only going to be creating one of the motion graphic elements, so if I go to the Finder window, and we head into our Media folder, you'll see that you have a ton of motion graphic proxy files. And I'm just going to go up to the World of Stories one, so you can see this, and I'm just going to hit the space bar.

So here's the first Creative Cauldron graphic. What we're going to pay attention to is the second one, A World of Stories. So we've got some animated text, along with a, basically, world, that sort of zooms in and zooms out of frame. All right, so let's get started. The good news is, when we head into After Effects, I'm going to go into the Project panel, and a quick way of importing is to double-click in the Project panel to open up a Import Dialog window. Inside your media files, I want you to head to the Still Graphics folder.

And let's first of all bring in one of the Photoshop files, I'm just going to extend the view here. And the one we want is the World of Stories Text_2. Now, you might not be able to see the entire text here, but if I hit the space bar, we can sort of see the World of Stories along with the actual globe graphic. So we're going to bring this part in first, and I'll hit Open, and the first thing we're going to do is make sure we have access to all the layers. We're going to make sure that Composition Retain Layer Sizes is selected, and from that list I'm going to hit OK.

Once we do, we get a composition, along with all of the individual layers that consist of this Photoshop file located in a folder. Let's double-click just to see this, and what we can see here is the World of Stories, and I'll select the Composition window just to frame that window a bit better so we can see a better view of that. The background for this is currently turned off, you can see that layer, I'm just going to turn the eye switch to turn it on. And here we have it. So most of these elements we can animate right now. However, the Vector Smart Object, this Earth, we can't animate it.

What you might have seen is that it actually rotates, and this indeed is a flat object. So we have to find some way of being able to create that graphic, and we're going to use some other assets in the next movie to do so. So knowing that this is a reference, this Vector Smart Object, I'm going to select it and hit Return, and just choose Reference. And type in Reference, I'll hit Return. Next is, we'll begin with the actual text animation for the World of Stories. So you'll see that we have two Photoshop layers, one for A World Of, the other for Stories, and we want to actually take these two Photoshop layers, so let's select them first.

Click and then Command Click the other one, so you'll see both of those are selected. And what we're going to do is go to our Layer menu and actually convert this to editable text. Since this is Photoshop text, we can change this into After Effects text, which means it can work with all of the text animators inside of After Effects. But to see a better view of my timeline here, what I'm going to do is just click on this toggle switch's modes, just kind of minimize that view a bit, and I'm just going to drag in between these two windows just to see it a bit better.

Has everything to do with just the screen display size that's being set right now. Okay, so what you would've seen is A World Of that comes in blurry first, followed by Stories. We're going to have this first animation about 20 frames, and the second one, 20 frames that will kind of start just after it. So an easy way to animate this is to choose a preset text animation. So select your World of Stories text and make sure your current time indicator is at the beginning of the project. Current time indicator is After Effects' way of saying playhead.

Here at Effects & Presets, let's go to Animation Presets. I'm going to hit the disclosure triangle. There's a category for text, and under the Text category is a Blurs category. We're going to select the Blur By Word, which will get us about 70% of the way there. So select this actual preset, and drop it onto The World Of, and notice your text disappear. Hasn't quite disappeared, but there is a blur by word happening. And if I drag my current time indicator, you can see that animation. So let's go inside and switch a couple things.

Number one, with your text selected, hit U. This will reveal the two keyframes, which is the range selector. The animation should be about 20 frames long, so move your current time indicator there. A hotkey is the Command left arrow and right arrow. And I'm just going to now drag this playhead and move it into the current time indicator's position. If you hold down Shift it will snap to that position. And there we have our animation. Now to get rid of it animating the word, we're going to have it animate each character at a time.

So to do this, I'm actually going to twirl up the text layer. I'm going to hit the disclosure triangle to twirl it down again. Underneath the Blur By Word animator is a series of advanced options, this is just under the range selector. And in that is the control based on words, which it's set to right now. So each word is animating. I'm going to change this to Characters, and now you can see each character animates one by one. This is exactly what we're looking for.

So a nice way of doing that is I'm going to select the blur by word animator, and I'm going to press Command C. I'm going to twirl up the text layer, go to my World of Stories text. And I want this to happen after a little bit in, so let's say about the 15-frame mark, even a little bit before, let's make that the 10-frame mark. A way to move frame by frame is hitting Command, left arrow and right arrow in After Effects. And with the text selected press Command V, and you would have pasted that onto the other text element.

And now we're well on our way to animating this, it's now just up to getting that globe animated. And we're going to cover that in the next movie.

3/27/2017
Assemble and refine a rough cut, add titles and effects, fine-tune the audio, and export a final video using Final Cut Pro X (FCP X). Nick Harauz shows how, in this course, so you can make a video for the web, complete with graphics. Discover how to leverage the strong organization capabilities of FCP X, including the Smart Collections feature that helps gather relevant clips and events dynamically. Learn how to edit professional video by going step by step through a real world project and see how to apply tricks to your workflow that will help you meet deadlines and deliver broadcast-compatible files for web distribution.