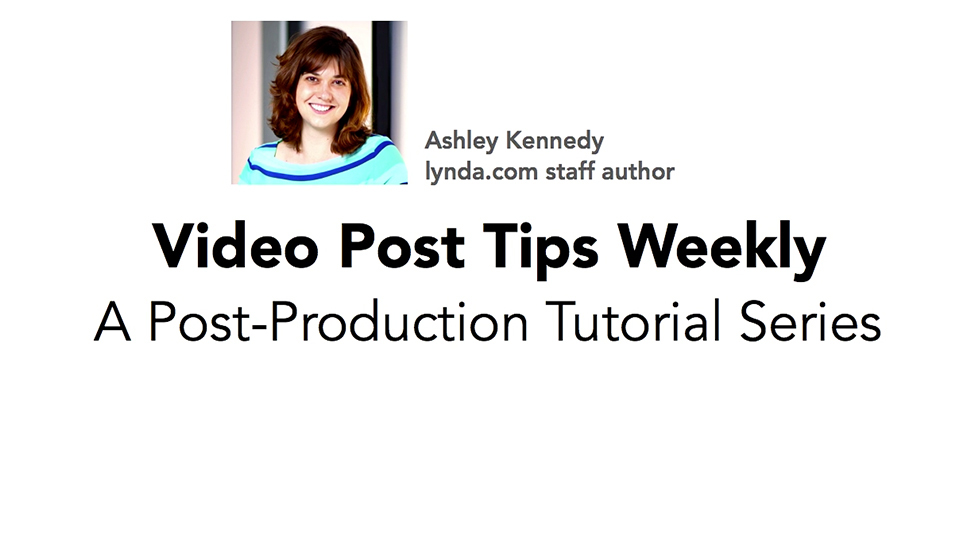 - In this movie we're going to look at how to perform bidirectional trims to overlap dialogue in Premiere Pro. Alright, so I have a short passive dialogue here, and it's ramping up to be a fairly high energy scene, we have Joe and Susan talking about some exciting news that Joe just received, and Susan is happy for him. It's a very basic edit, but I'll go ahead and play so you can see where we're at. - So, did you hear? - I'm not sure. - It's official, I got the news. - Oh, Joe, wow! - So, I know, I just, wanted you to be one of the first to know.

- I'm so glad that you did, so, when do you go? - Alright, so let's say that we'd like to see what this looks like with Susan jumping right in to respond to Joe, alright? So basically we want her audio here, to come in maybe a half a second or so before it does. I'm going to play this just to remind us exactly what's going on. - It's official, I got the news. - Oh, Joe, wow! - Alright, so we'll have her sort of anticipating what he's saying, and as soon as she, you know, sees his expression here, she starts to react.

So, what I'm going to do is move Susan's audio down one track. We need the end of his audio, and the beginning of her audio to coexist, so, we need them on separate tracks, so to select just my audio here, I'm going to Option+click, or Alt+click on a PC, and then importantly, I need to release the Option or Alt key, or else it will duplicate it. And then, I just drag down. And now, we're going to move it over. Now if I just moved it over, not going to work, because that gets us out of sync, alright? So I'll undo that, and the way that we want to do this is to actually Ripple Trim in two directions at the same time.

So I enable Ripple Trim, again Ripple Trim is this command over here in the Tool Palette or the b key on the keyboard. So I'm just going to tap b, and then I'm going to click on this edit here, okay? And right now, if I was to perform this trim, I would either be subtracting frames from this shot, or adding frames to this shot. Neither of which we necessarily want to do here. So let me undo that, but instead I'm going to set up a bidirectional trim. So I'm going to shift+click on the left side here, so I'm trimming the B-side of my video, and the A-side of my audio, and then I'm going to drag to the left like so.

I'm going to click on the A-side of this edit, and then I'm going to shift+click on the B-side, okay, so we've set up bidirectional trim. And by the way for this to work, I have to have Sync Locks on, which are on by default in Premiere Pro. If I turn those off, and then perform this trim, you can see that everything gets out of sync, okay, not what we want, so I'll undo that. If you want to work without Sync Locks on, you would have to also select this side of the edit here, on a 1, and then everything stays in sync okay, alright? But, I'll just enable Sync Locks and we'll be okay with just selecting these two sides of the edit, and I'll drag this over, okay, so we're overlapping here, we're overlapping here.

And let me play through this. Okay, maybe a few more frames. So click and then shift+click, and move it over just a bit more, and now I'll play through this entire edit. - It's official. I got the news. - Oh Joe, wow! - So, I know, I just--- - Okay, so that's bidirectional trimming. It allows you to overlap your dialogue, and it keeps everything in sync. Our really handy tool in the world of dialogue editing.

10/1/2014
Video Post Tips provides targeted tips focusing on specific tools and techniques for platforms such as Premiere Pro, Final Cut Pro X, and Avid Media Composer. Topics covered include mask tracking and secondary color correction. In most cases, explore the same technique in more than one type of software. Ashley Kennedy shows you the right way to approach post-production tasks, but also offers her own advice and quick-and-dirty workarounds for when you have to make edits and corrections fast.