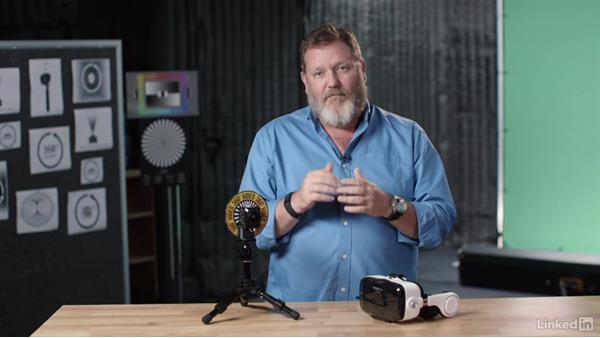 - Thank you for watching my course in 360 spherical video.…You now have an understanding of what this new medium is,…how it works, and how you can create…your own immersive video projects…from inception through production and post production.…Now things are changing fast in this field,…so some of the details I've covered may go out of date soon,…but the core concepts should serve you well…as the hardware and software tools evolve…in the coming years.…If you have one of these, or any 360 camera,…or are thinking of getting one, start small.…

Get out there and play with it.…I flagged some of the pitfalls,…but you're bound to discover others on your own.…Practice working with your setup…before you start working on any mission critical projects.…If you're part of a big, expensive VR shoot,…don't assume your camera will behave…exactly like you expect it to…unless you've had a little experience with it…and have gotten used to its eccentricities first.…You could find links below to our 360 video tour…of Lynda.com headquarters here in Carpinteria,…