How do I import into Premiere Pro? 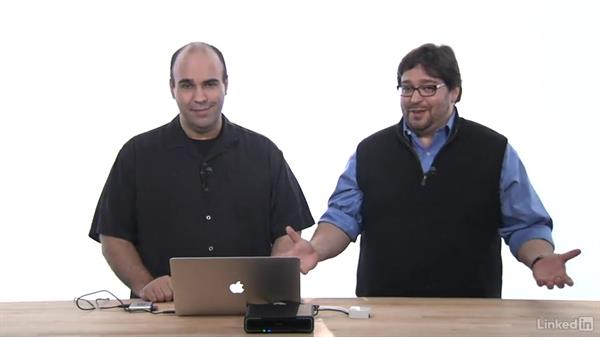 Join Richard Harrington for an in-depth discussion in this video How do I import into Premiere Pro?, part of DSLR Video Tips: Software.

- Hey there, I'm Robbie Carmen. - And I'm Rich Harrington. - And this week, Rich, we're going to talk about using the very popular Adobe Premier Pro to bring our footage from our DSLR camera into the app and start editing with it. - Yeah, one of the first reasons I actually started to use Premier Pro was because of it's DSLR integration. All the way back in CS4, you were able to bring in the material and work with it natively, and that's one of the things I like most about editing DSLR material in Premier Pro is that I don't have to transcode. Now other apps have caught up, and you don't have to do that too, but Adobe has a long history of making DSLR work.

- Yeah, and the thing about it is that Premier Pro is probably an application you might already own and not even be aware of it. A lot of people have purchased the Creative Suites in different versions of the Creative Suite over the years, for tools like, Photoshop or After Effects. Well, guess what. You already have Premier as part of that Creative Suite, and it's one of those things that I think if it's new to you, check it out, 'cause it's definitely a cool tool. - Yeah, so we're here and I've launched Premier Pro, and we're going to essentially have to make a new project, bring the footage in, but there's going to be a couple of gotchas, because we need to actually get the footage onto our drives first.

So Premier works a little bit differently. It's going to actually take the media from the location, so when we come back, we're going to talk about what you need to do before you bring it into Premier, and that is actually getting it transferred to your hard drive.

Video: How do I import into Premiere Pro?