Getting involved early: The editor's role in pre-production 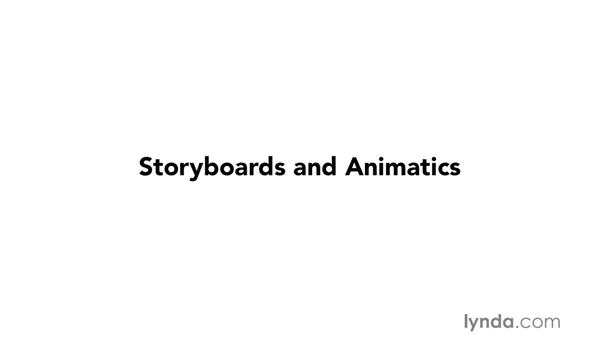 - In nearly all genres of editing, It's generally a good thing for the editor to be involved as early as possible, so that he or she can be aware of the creative decisions and process and also offer creative and technical input. However, many times in commercial editing, the editors early involvement can be an essential part of securing the commercial bid. Now, if your an editor that already has a job editing a commercial, great, your lucky. You can started on creating the spot. However, many times clients or agencies who want to do a commercial, start by first shopping around.

Many times you'll need to bid for the job and at the very least, provide an estimate of time, money and resources to complete the job well, and sometimes you may even need to go further by editing a sample project. Now, often the footage won't actually be shot yet, but you'll be provided with storyboards, or boards as they're often called in the industry. It's not uncommon to edit the boards, to provide a visual idea of what you think this spot will look like. Now, editing the boards simply means that you perform and edit with the still pictures or illustrations that you are given, with a soundtrack to get a sense of how the scene will look and feel with motion and timing.

This can be as simply as a series of still images edited together with rough dialogue and soundtrack, or it can be taken a step further by zooming and panning over the images to simulate camera movement. These mock-ups are called animatics, and they not only can help secure a commercial bid, but they can help the creative team best shoot or acquire the proper assets by determining how the sound and image are working together. Now, our particular commercial won't actually be using storyboards or animatics, but I did certainly want to call out their significance to the editor's typical line of duties, early on in the process.

To show you a little bit about what I'm talking about, here we're looking at a series of storyboards and animatics from another lynda.com course promoting a shark program. - [Voiceover] After four hundred million years, they're still the scariest thing in the ocean. Get a little closer if you dare. Shark Zone. All week long on the Adventure Channel. - Ok, so that gives you a little bit of an idea. Now, even if you're not editing storyboard materials, it's still a great idea for editors to become involved early to offer information about expectations, like time, scheduling, resources and workflow, because as with many things, it's often useful to start at the end and then plan backwards.

It's also a great idea for editors to be aware about the ideas for the spot because an editor's eye is often a great asset in getting the best possible footage. Occasionally editors even have the opportunity to be on set for some of a shoot to see how everything is coming together. Now for this particular course, we're going to work as if the bid has already been secured so we can get started right away in the creative process, but don't assume it will always be this way. Indeed editors often need early involvement to secure those commercial bids by providing information, managing expectations, and by forming game plans, and in some cases even providing initial visual sample materials to help the process along.

10/28/2014
Editing a concise and captivating, effects-driven commercial spot is a challenging and exciting endeavor. Every single moment counts. In this course Ashley Kennedy walks through the process of building a great thirty-second spot, from assessing pre-production materials to delivering to the client, with Final Cut Pro X v10.1.x. She examines the audience for the commercial, the timing and pacing of the rough cut, transitions and effects, and the final details like color correction that make your project look professional. Along the way, Ashley encounters and resolves creative and technical problems editors often face in the real world.

Note: This course was updated to reflect the changes to Final Cut Pro X v. 10.1.x. Although the course was not re-recorded from scratch, we updated the applicable movies by adding text overlays to guide you through existing changes. We also updated the exercise files to work with the most current version of the software. Please watch the "Understanding this update and using the exercise files" movie to learn exactly what to expect from this updated course. Working with an earlier version of Final Cut Pro X? Watch Commercial Editing Techniques with Final Cut Pro X v10.0.9.
Topics include:

Video: Getting involved early: The editor's role in pre-production