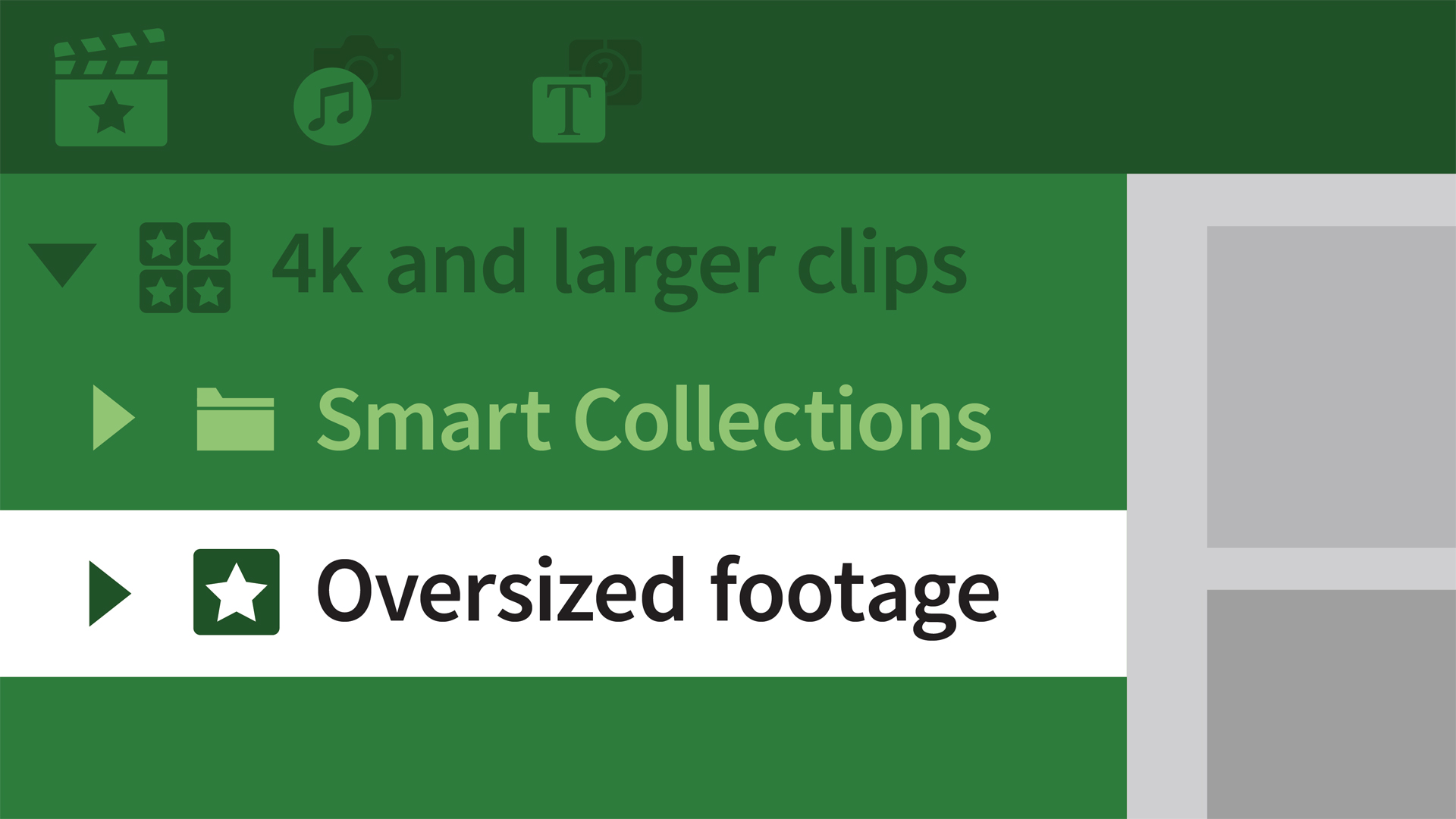 Want to easily create proxies in Apple Final Cut Pro X when you bring in new video files? You can set it to transcode in the background as you are working. In this video, author Jeff Greenberg walks you through what settings need to be selected so you can have proxy files generated directly after footage is brought into Final Cut Pro X.

- Final Cut can be set to bring in material, and the moment you start bringing it in, it starts building proxies. And it does it as a transcode in the background, kind of downtime. If you do anything that's processor-intensive, it'll stop building a proxy until it can pick back up, until it senses you're not doing a lot. I'm going to go ahead here and, in an empty project, this 4K project, I'm going to actually bring in my material. Before I do, I just want to examine the preferences. I'd like you to see under import, Final Cut Pro X is set to copy them into my library, and I'm going to have them create proxy material.

With that being set, let's go ahead and import. I'm going to import my media. I'm going to bring in these three clips. I can check this again on the right side that it's set to create my proxy media. I'm going to hit import, and immediately the background indicator is off and running, showing you importing the media and copying it to the library as well as analyzing and transcoding. Now that it's done, I have the ability to switch between either format.

I'm just going to take these clips, throw 'em into the timeline. These are all 4K clips, including an uncompressed clip. Only four frames of it or so, but an uncompressed 4K clip. And I'm just going to change the view here to proxy, and we're now working in a proxy workflow. And when I switch it back here to optimized original, I'm working with the original footage. One last super-cool note: If you're a drag and drop person, if you drag stuff into Final Cut X, it'll obey whatever those import switches are set to.

So if you're set to build proxies when you bring it in, it'll bring in proxies. Maybe you don't want it to do that. Holding down the option key will reverse whatever that switch is at. So if you're set to proxies off and you decide, "Wait, I'm bringing in a whole bunch "of H264 material, I'd like proxies for that," you can throw this switch and it'll do exactly that on import.

2/1/2017
Optimize your editing workflow by learning how and when to work with proxies—low resolution copies of your files. Final Cut X is built to intelligently create and handle proxy files, so you can toggle between working with original files and compressed files with ease. In this course, Jeff Greenberg shares why you might want to embrace a proxy workflow by demonstrating the ways it streamlines and improves common post-production steps. Whether your footage is H.264 or ProRes, from a DSLR or from an iPhone, Jeff provides instructions that help you generate manageable media. He starts with a comparison of video resolutions and how it pertains to workflows. Then, he covers how to create proxies and customize your compression presets. He concludes by showing how to switch between online and offline workflows during editing, and how to make a final export. Organizing and archiving are also explored.
Topics include: