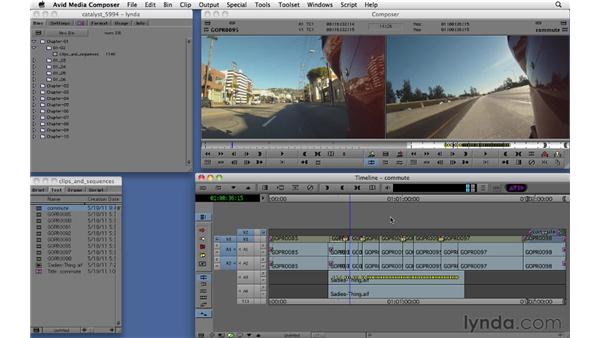 Okay, let's start up in Final Cut Pro to get our bearings. Looking at the interface, what do we have? Well, up here we have mMain menus for the application. Then we have the browser window. This is of course where we organize all that projects and clips, sequences, bins, and that kind of thing. In Final Cut Pro, we can have multiple different projects open in the browser window at any given time. Within a project tab, we can of course, right-click, create a new bin, and then we can move assets in and out of the bins, like so.

We can also display the contents of a bin by using the disclosure triangle on the left. We can take clips from either the bin or the browser window, drag them, drop them into the viewer for inspection. (Music playing, inaudible dialogue) And then over underneath the canvas we have the same controls again. (Music playing) If we want to do any actual editing then we are going to use the Timeline window, and then over here on the right of the Timeline window, we have the Tool palette and the audio meters.

Throughout the interface, we've got various specialized buttons for accomplishing all sorts of different tasks. Then we have fast menus such as the Timeline pop-up menu and we also have right-click contextual menus as well. When it comes to settings, we are going to go to the Final Cut Pro menu. This is where we are going to access User Preferences, System Settings, and Audio/Video Settings. And then finally, if we want to take control over our interface and keep it all organized, go to the Window menu, choose Arrange, and then go to layouts.

We can choose Standard or Audio Mixing, Color Correction, whatever we want to use. Okay, let's switch over to Media Composer now and contrast the interface. First thing I'd like you to do though is come here to the Project window. Use the disclosure triangle to open up the Chapter-01 folder. Inside there, open up the 01-02 folder and inside of there, there is a bin called clips_and_sequences. Double-click on that and it's going to open up in its own window down here.

Before we go any further, what I'd like you to do is grab one of the GOPRO clips down here. Drag and drop it into the Source viewer. (Vrooom. Engine revving) And then when we return to our bin, we also have a commute sequence. Double-click and that and will load directly into the Record viewer. (Vrooom. Engine revving, music playing) Now we can have a look at the interface and compare and contrast. Up at the top, we have our menu items just like in Final Cut Pro.

As you've seen, the Project window behaves very much like the browser window. This is where we have our folders and bins, clips, and sequences organized. The keyboard shortcut to activate the Project window in Media Composer is Command+9. If we then use Command+S, it'll save everything in the project in one go. To the right of the Project window, we have the Composer window. This is comprised of two halves, the Source and the Record side. The Composer window can be activated by using the Command+4 shortcut and then we can use the Escape key on the keyboard to toggle backwards and forwards between the Source side and the Record side.

So not only is the interface recognizable in terms of number and type of windows, but there is a similar approach to accessing the functions too. We've already been using keyboard shortcuts in Media Composer just like in Final Cut Pro. There are also specific Media Composer buttons throughout the interface. The tooltips themselves will prove very useful as you begin to learn and understand what they do. To access Settings in Media Composer, what we are going to do is come over here to the Project window and we are going to click on the Settings tab.

This is where you are going to find a vast majority of project and user settings. So I want you to twin this in your mind with the User, System, and Audio/Video Settings under the FCP menu in Final Cut Pro. After the Settings tab, we have the Effects tab. This is quite similar to Final Cut as well. But where it differs is that we also have the Format tab where we can select to input and output material of different frame sizes. We have the Usage tab, which gives us information about our current editing session, and then we have the Info tab where we have some other tools such as Hardware.

In this particular case we are looking at the space available on our system drive and also any attached media drives. So, instead of the Project window having multiple projects under tabs like in FCP, in Media Composer, there are multiple tabs but of functionality instead. Okay, let's go back to the Bins tab. Another similarity between Final Cut Pro and Media Composer is that there are many context-sensitive commands that can be accomplished by right-clicking in a particular window.

Plus, another similarity is that we have fast menus throughout the interface. Just like the Timeline pop-up in Final Cut Pro, I've got a fast menu here in my Timeline, but I've also got fast menus in other areas of the interface too. Under the Source Record window, in the Project window, and also down here in the Bin. Another important similarity is that just like in Final Cut where we have layouts, in Media Composer we have toolsets. If I come to the Toolset menu, you can see that I am currently on Source/Record Editing.

This is the equivalent of the standard arrangement in Final Cut Pro. If I choose Color Correction then I am going to be taken to the Color Correction layout. If I choose Effects Editing, same there and so on and so forth. Let's return to the Source/Record Editing toolset. Once you're in an active toolset, if you make changes to the interface and then choose to save that change, the alteration will now become part of the toolset. So, for example, if I wanted to change the size of my Project window here and then I said Toolset > Save Current, that change has now been incorporated.

The good thing about this is that if I do lose or minimize or accidentally move a window out of the why then I can always go back to my toolset, choose Source/Record Editing or whichever toolset I was working in, and everything will be returned exactly the way I set it up. Of course, the big difference to note here is that in the Media Composer interface, we are only viewing a single project at a time. You'll see shortly that this isn't as big a difference as it sounds when it comes to actually editing. So in conclusion, when it comes to the interface you'll be using there are many points of agreement and similarity between Media Composer and FCP and these similarities are really going to help you apply your existing knowledge and get results fast. 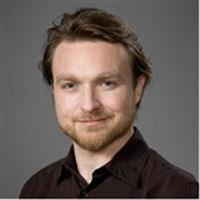