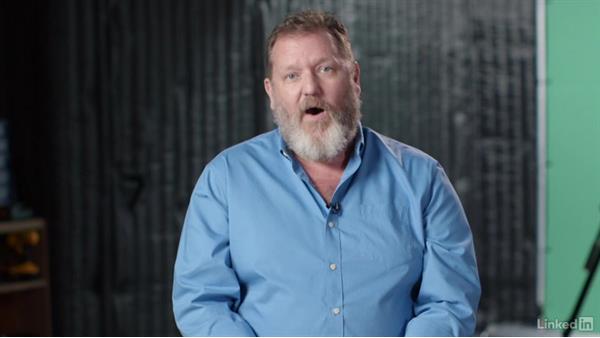 There are quite a few different modes for shooting, so it’s important to verify your settings before you begin. Mark goes step by step with his Kodak SP360 4K Dual Pro Pack kit on what the best settings are when recording 360° video. Making sure the resolution, clocks, and remote settings are all aligned is imperative when shooting in 360 to get the best picture and also to set yourself up when editing in the 360° video workflow.

- These little cameras are extremely flexible.…They have a lot of different shooting modes you can use,…flat, spherical, HD, video, stills,…so it's important to verify your settings before you begin.…If you're using the remote, it can dictate…the basic settings to both your cameras at once.…Just make sure the switches on the remote…are set to what you want.…We're making spherical video, so we want…the little blue dome rather than the flat circle,…to indicate spherical rather than flat.…

We want the little video camera in blue…rather than the still camera,…indicating video rather than stills.…Now if you're familiar with GoPro cameras,…these PIXPROs have similar on-board menu systems,…but I think they're a little bit easier to use.…To activate the menu, you simply, with the camera on,…push the button with the picture of a menu on it,…then use the up and down buttons…to navigate the menus, and the shooting button to execute.…Now you want to make sure both cameras…are set identically before you shoot.…