Choosing which photos to use 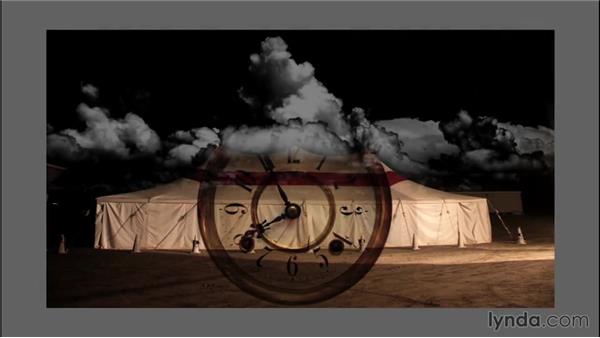 - In order to create successful composites on mobile devices, it's useful to understand the limitations of what can be accomplished, as well as the type of images that will work best. Knowing what to expect from different apps can help you in choosing images or, if you're shooting new images specifically for a compositing project, make photographs that will work well as a composite. The first tip in terms of images that work well for compositing is to look for shots where the subject is visually distinct from the background. This will make your compositing work a lot easier, since intricate precise selections can be tricky in mobile apps.

Some apps, such as Photoshop Touch, have pretty cool content-aware capabilities that can help in making selections. But there does need to be good contrast or tonal differences in order for this to work well. It doesn't have to be anything as polished a a seamless studio background, either. It can be something as simple as a plain wall, an empty sky, or anything where the subject is positioned in front of a visually uncomplicated background. Sometimes, if the background is a certain color, you might not have to make a selection at all but can get away with using blend modes to do most of the heavy lifting for you.

White, black, and middle gray are key colors that can be used with certain blend modes. With the right situation and the right blend mode, those tonal values will not show up in the composite. For an image that will serve as the background or foundation layer in a composite, look for scenes that have areas where something could easily be added to it. For landscape images, areas of open sky or water are good examples where another image, or portions of an image, can be added pretty easily. The same goes for architectural shots or interiors, as these type of photos often have areas where walls, floors or ceilings can be used as a place where new image detail can be added.

Finally, consider making images of interesting textures that you encounter. Textures can be blended into your main photograph easily using blend modes, which are a feature that can be found in many apps. To calibrate your mind for creating composites, I find that it's useful to look at a scene or an image and ask yourself this question: What else could it be? How could you transform an image or a scene into something else? What could you add to a photo to turn it into a completely different image? These additions can be simple overlays that suggest a general theme or concept, such as this composite that was made during my epic flight delay in Chicago, or they might fall into the category of illustration or graphic design, or even suggest a surreal location that could only exist in the world of the imagination.

Seeing your photographs as potential components or ingredients that could be used to make another image will help you see beyond the photo as it it and imagine what else it could be.

11/5/2014
Ready to take your mobile photography beyond filter effects? Grab your phone and join photographer, author, and educator Seán Duggan for a look at creative compositing techniques using smartphones, tablets, and apps for iOS and Android. Learn to combine images, master blend modes, work with layer masks, and more, in apps such as Juxtaposer, Image Blender, and Adobe Photoshop Touch.
Topics include:

Video: Choosing which photos to use