What was your favorite scene to perform? 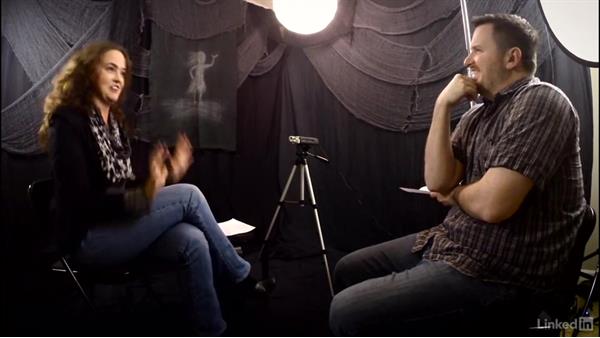 Eva Jane discusses her favorite scene when playing the character of Ta'ani in The Assurance short film. While Eva had several scenes that she enjoyed, her favorite involved portraying a character being able to break free a little, and show something new and powerful to another character in the same scene.

- One of my favorite scenes as Ta'ani...…when she uses her fireball and they break out,…is she's finally able to show…this really cool thing that she can do…that she probably hasn't done.…She's been trying to keep under wraps,…so it's finally like, oh my gosh,…by the way, let me show you this really fun thing.…(Chad laughing)…There's a terrible situation going on around them,…but I felt that that was an aspect of Ta'ani…where she was able to have a little bit more pride…in what she was able to do,…and she didn't have to keep hidden and secretive…and kind of unassuming, she was able…to show her power, and I thought that was…a really cool turning point for her…'cause she was able to really go for it.…

Video: What was your favorite scene to perform?