What is a producer? 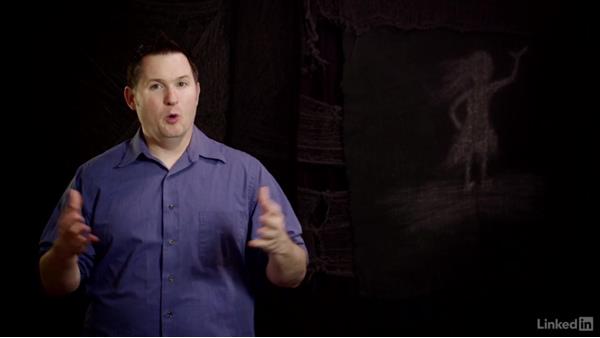 What does a film producer do? An explanation of the role of movie producer, duties and functions. A producer is really the one in charge on a film set; almost like a boss. Producing films is looked at in general, and how a movie producer works with the director to create a film.

- Filmmaking starts with the producer, so that's what we're looking at first in this series on making a short film. The role of producer is a little confusing because it's kind of ambiguous these days, as we'll see. Essentially, though, the producer is the person that's in charge of making the film happen. If the film is likened to a job, the producer is the boss. To understand what a producer does, let's look at the game of chess. In chess, there are a lot of pieces, but the two most powerful, without a doubt, are the king and the queen.

The queen gets a lot of attention because the queen has the most mobility of all the pieces. The queen is kind of like the director on a film. The director gets to make all the creative choices, they direct the actors, and they're the ones that get the spotlight. Quentin Tarantino, Martin Scorsese, JJ Abrams, Hitchcock, Spielberg, etc, etc. These guys are household names. My mom knows who these guys are, but there is a chess piece more powerful than the queen, that is the king. Usually in the game of chess, the other pieces are out playing around, doing their thing, and the king just hangs back quietly, but as soon as the king is taken, the game is over.

The king is the most powerful piece in chess, and the king is like the producer in filmmaking. Like a film director, the queen gets all the credit and seems like it has all the power, but in reality, it's the king that keeps the game alive. When The Silence of the Lambs won the Academy Award for Best Picture in 1992, who went up to accept the award? Was it Academy Award-winning actors Jodie Foster, or Anthony Hopkins? Nope. Was it acclaimed director Jonathan Demme? Nope.

What about the writer of the original book, or the writer that adapted the book into the film? Nope, and nope. It was Edward Saxon, Kenneth Utt, and Ron Bozman, the producers of the film, because even with all the amazing talent on that film, it was the producers that made it happen, whether they're household names or not. There's some controversy right now because, a lot of times, people are given producer credits in exchange for contributing something, in some way, to the film, even if they never actually work on the film at all.

And, we did that on The Assurance, as we'll look at a little later, but the universal producer tasks are to initiate the project in the first place, to obtain and guide the making of the script, to secure financing, to make sure that things go smoothly in pre-production, production, and post-production, to supervise marketing and distribution, and to make sure that the film is a financial success. Directors do get a lot of attention these days, but producers are often part of a film project long before and long after directors have done their part in it.

So, in this series, we're going to examine this key role, and what it takes to get a film project off the ground. Note that a lot of this information is also applicable, and sometimes even more applicable, to feature films, than to short films, but I've also included this information here regardless, just assuming this is the end goal for most short film makers.

Video: What is a producer?