What kind of a director are you? 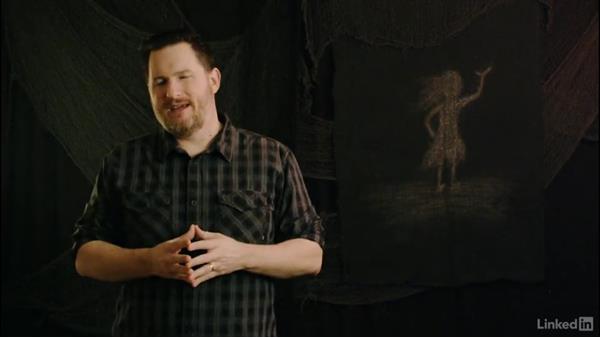 - When I first started directing films, I was intimidated by all that there was to learn. What made that even worst, is that people on film sets would always point out, well, you know, actually David Fincher does it this way, or Quentin Tarantino said, "never do it like that." So, not only do I have to know everything there is to know about acting, and music, and art, but I have to know know how every director does everything. Well, I'm here to tell you that both of these ideas are falsehoods. First, while you do need to be familiar with all aspects of filmmaking, you don't have to be a master of all aspects of filmmaking.

- You not only made a butcher out of me, but you drove my girl away. - [Voiceover] Shut up and bring on the food. - And the list goes on and on. But, as great as Tarsem Singh is at what he does, he probably wouldn't have done a great job with Casablanca. And, as great as David O. Russell is, no one's gonna ask him to make the next Avengers movie. My point is that you don't have to be perfect at all aspects of filmmaking. Make films that speak to your strengths, whatever your strengths are. If you're great with actors, then focus us being great with actors.

Maybe you're into action movies, or horror movies, or whatever. And, maybe you're not the best with character development. That's okay. You can still make great films. I think the key is to just keep getting better at everything, while still staying true to what make you movies and filmmaking. Now, the other idea, that you have to find the right way to do things, is equally false. We'll look at some great directing references at the end of this training series. But, one that completely changed and helped me, was the book Moviemaker's Master Class by Laurent Tirard. It's basically just transcripts of interviews with celebrated directors, such as Woody Allen, Martin Scorsese, David Lynch, Tim Burton, the Coen brothers, and tons more.

If was so fascinating to me. These super successful directors completely contradicted each other. Some would talk about how they loved zoom lens, while others said they only use primes. Some directors said that acting rehearsals are essential, while others said that rehearsals are a terrible idea. And, these are just two of the many, many things these accomplished directors disagreed on. So, again, my point here is that you don't have to be someone else, and blindly follow someone else's rules in order to be successful. In terms of the types of films you make, and the way in which you make them, they're aren't many hardened and fast rules.

You do you. Make great films, whatever you think those are, and using whatever methods and workflow you feel is best to create them.

Video: What kind of a director are you?