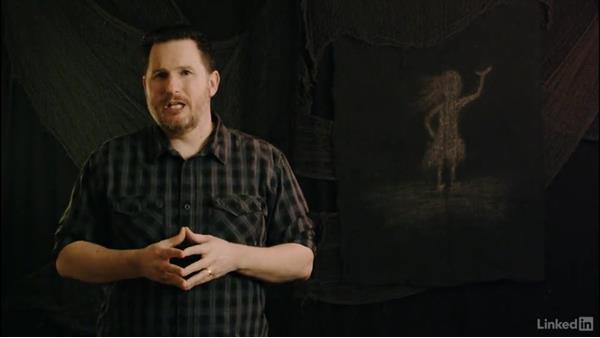 On the short film The Assurance, director Chad Perkins took on multiple positions on the film crew. Assigning many roles to a single person can cause that person to be distracted, and not perform any of the jobs well. In this filmmaking tutorial, examples are given from the set of The Assurance, showing cast and crew members reacting to the director having many jobs.

- As we've talked about pretty consistently…in these training courses,…I wore many hats on The Assurance.…Some of those jobs like editor,…director, and visual effects artist,…I took on so I could speak to those tasks…in this training.…Others like producer and director of photography,…I took on only out of necessity.…As we saw in our interview with actress Eva Jane…in the last training course on acting,…it was obvious to everybody…that I spread myself too thin.…Well obviously everybody but me.…I thought I was doing okay…at handling all these roles…but it was a distraction…and my team totally felt it.…

A lot of times when you're new to film making,…you're prone to all kinds of amateur mistakes…so it's kind of hard to get people to get on board…with you and your vision…so you might have to take on multiple roles…just to get your film project off the ground…but I just wanted to make it clear…that what I did on The Assurance…is not the ideal situation.…That film would have been so much better…if I would have found other producers…