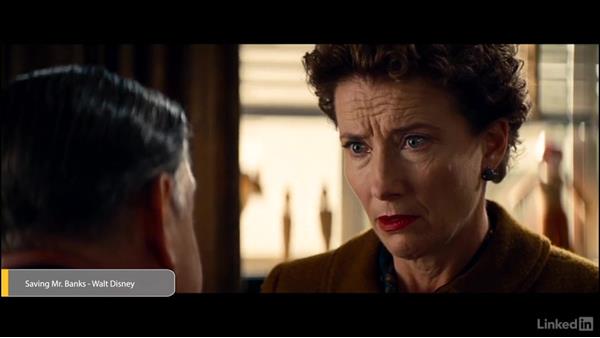 If characters easily get their scene objectives, there will be no conflict, and no drama, and the story will fall flat and become boring to the audience. It's important that if the screenwriter did not add conflict to the script, that actors create conflict for a scene on their own, in conjunction with the director. Actors need scene obstacles to demonstrate passion and intensity to the viewers.

- Drama is created by conflict.…If actors have motivations and then just get…whatever they're going after,…then there's no drama and no story.…So actors also need obstacles.…Something that gets in the way of their pursuit…of what they want.…And when characters encounter obstacles,…they must try varying approaches.…In Saving Mr. Banks, Walt Disney is trying…to get the rights to make Mary Poppins…from her creator, Pamela Travers.…Mrs. Travers has no interest in this,…but Disney promised his children…he would get the rights.…When Mrs. Travers refuses, Disney tries flattery.…- Then she gave me one of your books,…and oh by gosh, my imagination caught on fire.…