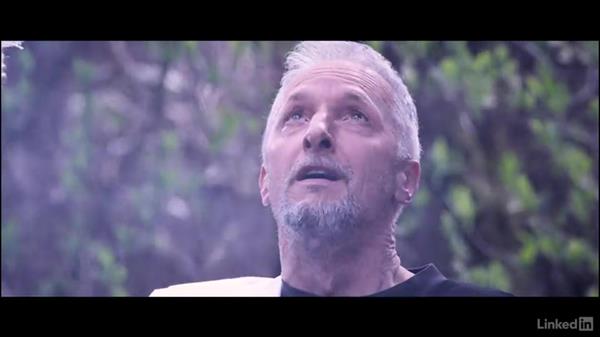 Extras, often called background actors, are characters that are in the background and that don't play a major role in the story. These actors typically don't have much or any dialog. But extras can still give a great sense of movement to shots, and can add a lot of production value as they make the world of the film feel bigger.

- Extras are what we call background actors.…Actors that don't have any dialogue.…It sure this really is my first time using extras…and at the time I honestly didn't understand at all…how powerful a tool they are for telling visual stories.…So I wanna share with you in this tutorial the ways in which…my eyes were opened during this process.…I initially just got extras for two reasons.…I really wanted to get the experience of working with extras…for this training, but more importantly, I wanted the world…in the film to feel epic, to feel really big,…and extras add tons of production value.…

Especially in the case of The Assurance, the fact that there…was a world of people there dying out and a world of people…that Ta'ani is keeping Korda'a hidden from, well that means…we, you know, kinda have to show at least some…of those people in that world.…But extras could also help you pack an emotional punch…in your films.…As I mentioned earlier with all of the many, many shots…that I got of this over covered scene, I didn't get…