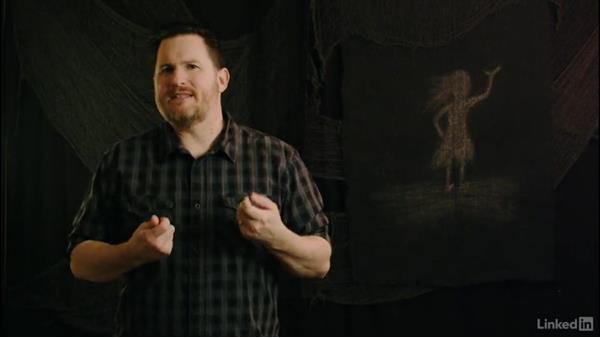 One of the most important components in how to be a film director is understanding how to breakdown a scene using a screenplay. In this video tutorial, we will examine the purpose of a scene and how to fully understand its role in the whole movie, including the point of view of the director and how to direct using different points of view.

- In this chapter, we're going to start looking at…how to actually approach and shoot a script.…In this story, we're going to start with the basics.…How do you look at the words on the page…and make shots out of it?…Well, I thought it might be helpful…at the start of this chapter to walk you through…how to do that with a simple scene,…so we're going to look at the script of the night scene…and make a plan to shoot it.…For this scene, let's say that…we've already scouted the location,…so we know what the general area looks like.…Now, if you didn't know the location,…which is, you know,…very common in pre-production,…you probably just want to make sure…you have at least a basic idea of essentials…that need to happen for that setting,…then I like to just back up…and make sure I understand all the big picture stuff.…

What's the whole point of the scene…from a story perspective?…What role does it play in the story?…Where is the conflict?…To me, the point of the night scene…was for Teoni to share her powers with Cordea.…