Throwing away your vision 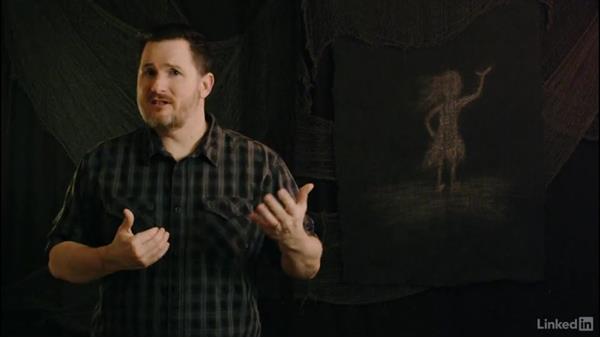 At times on a film set, the director will be wrong and will need to listen to the input of the cast and crew, and yield to their suggestions. It's important for movie directors to know what will compromise their vision and what will help it. In this filmmaking tutorial, specific examples are given that demonstrate compromising on set.

- In the last tutorial, we looked at how sometimes…you need to push back against your crew…and stand your ground.…In this tutorial, we're going to see the other side,…times when you should relinquish and let go.…During the filming of that same goodbye scene…we looked at previously,…there was a part of the original script…that had villains searching for our heroines.…And at one point, we saw them in the background.…I thought that that would add some tension…to see them off in the distance…while Tayani was saying goodbye to Cordeya.…It's important to note, that this was the only coverage…of these bad guys in the scene.…

So I wanted them close enough to the camera…that the audience could recognize them…from their wardrobe through all the foliage and stuff.…Now after setting up, getting a couple shots,…Amy, our script supervisor,…told me that it felt like the bad guys…were a little bit too close to our heroes…and that it seems like they would have been easily spotted…from them at that distance.…So, I agree.…So, we kept them at the same spot,…

Video: Throwing away your vision