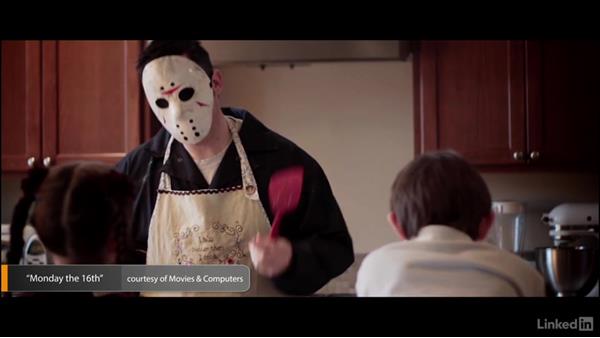 How to get a film project off the ground. It all starts with the story, of course. But in order to make a movie successful, it's best to know why you're making a short film, including the audience for the film and how to get them to see it, and whether the filmmaking is for profit, or to test and improve your filmmaking skills.

- When deciding to produce a film, you'll first want to start by getting a script. It's all about the story, and nothing moves forward until you have at least a rough story layout. You could hire a writer, or find an existing script, or you can write it yourself, which we'll look at how to do in the next training series, but even if you have someone else write the script, as the producer, you will still want to understand a bit about how stories are told on screen, so you can offer suggestions and input as the film develops. If for example, the director wants to spend 90% of the whole budget on one super cool shot, you need to know as the producer whether it's really necessary or not.

Along with getting a story, I recommend setting goals for the project right from the very beginning. Every film requires a lot of resources and effort from a lot of people to create, and it takes a long time, so before starting this journey, you'll want to know exactly why you're going on it in the first place. Is your film for business or pleasure? Will it be profitable, and does that even matter? What genre of movie should I make? Should it be a horror movie, or a fantasy movie, or whatever? Who'd wanna see this film, and how will they see it? My wife and I started out making films for just little local film competitions.

We finally made one that we really liked called Monday the 16th which is the story of how Jason from Friday the 13th wakes up early Monday morning to find his ex-wife surprising him with their children for the day, kind of like a child care thing. We love this film, and it won a few awards, but afterwards we looked at it, and asked ourselves what's missing? Well, among other things, the production design wasn't super great, so we made another film called Godlizza, and the whole purpose of making that film was to practice putting effort into designing sets, and that's it.

We planned on losing money on it. We had a budget, but that was almost like a fee we were willing to pay to get better at this skill. I made another short film once, and part of the reason was just to see how great we could make a short film with absolutely no money using primarily our own resourcefulness. The film was written by Assurance behind the scenes producer Steven Heller, and starred one of the extras I actually became friends with on the set of the Assurance, Dylan Paschke. We had some fun, but very quick and dirty visual effects as the film was about a world where there was just copies of the same guy, but my wife Heather got us permission to shoot at a local grocery store, and they were really generous, let us completely take over the whole store for a day for free.

I mean the production value was off the charts, and the budget for the whole film was only $43, and almost all of that went to the cost of feeding the cast and crew lunch one day. The film has also been accepted into and played at a local short film festival here in Seattle, so I consider that a success. The point is to know exactly what you're doing before you start making your film. Have a plan for pre-production, production, post-production, and how your film is going to find its audience before you even make the film or do anything else. Once you have a plan, it's time to gather your assets which we'll look at next.