Shielding yourself with your AD 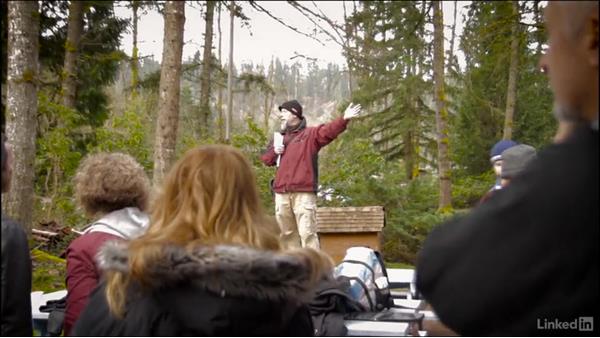 One of the roles of the first assistant director or 1st AD is to shield the director from the onslaught of opinions and feedback from every member of the cast and crew. This can be overwhelming to a film director trying to focus on the creative decisions associated with directing a movie. First time directors must learn to use their 1st AD so they can concentrate on directing the film.

- In the next training series about working on set,…we'll dig into crew positions, perhaps…most notably, the role of the First Assistant…Director, or First AD.…The First AD kind of runs the set.…They typically control the schedule and make sure…everything is running smoothly.…Another aspect of First ADs that I find…tremendously helpful is how they kind of…shield you from the barrage of ideas…that everyone has for the film.…And, that's one of my favorite things about…Gevin Booth, the First AD on "The Assurance".…When he initially welcomed the cast and crew…on the very first day of production,…he made it clear that they should…go to him with any issues that they have.…

- Chad really needs to focus, as the Director,…on the action and everything, so if…you observe something, if you have a question,…or anything, come up to me or Bry.…Bry's the Second AD.…Please just ask us and we can tell Chad,…if we need, or we can take care of the problem.…- The Director's already under so much pressure,…and has so many decisions to make.…

Video: Shielding yourself with your AD