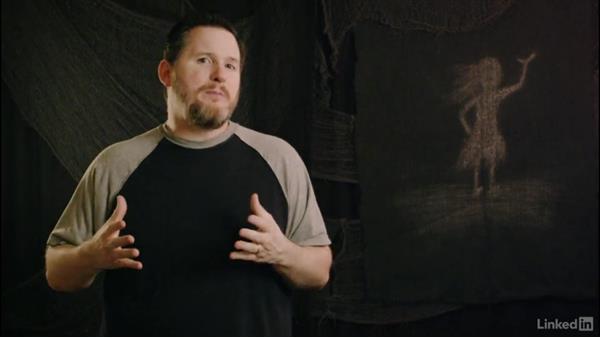 - The position of production designer…is often used interchangeably with that of art director,…and it's a position that's often neglected…on low budget short film sets.…The production designer works with the director and the DP…to create the visual look and feel of the set.…If a director wanted to make a movie set…in 18th century Vienna,…or in a dusty future apocalypse,…the production designer would be responsible…for figuring out what that looks like,…so that the hair, wardrobe, houses,…forks, cars, or whatever,…all belong together and help to create that world.…

The production designer begins working during pre-production…on creating the look of the film,…since much of their work requires research and prep time.…Technically, we didn't have an art director…on The Assurance.…My wife Heather and I filled those roles.…I personally haven't run into many production designers…in the independent Seattle film scene,…but Heather and I love working together on creating looks…and styles for the sets in our film,…so we thought we'd handle it.…