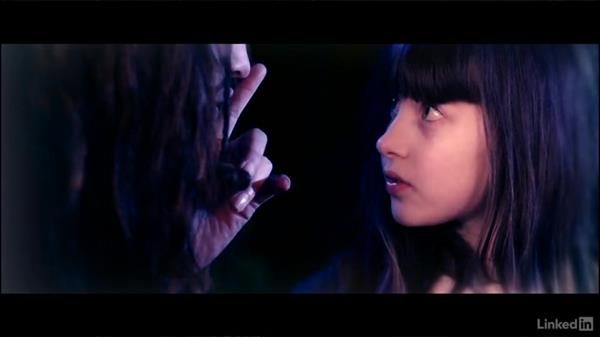 In this filmmaking tutorial, we will look at how to shoot a scene including how to plan camera shots for a movie scene. This includes a Hollywood Camera Work Shot Designer tutorial, a look at camera shot sizes, camera framing, how to shoot video more efficiently, and how video edits can be used to tell a more powerful story.

- With the scene properly understood in the last tutorial,…let's plan how to shoot the scene.…I'm here in Shot Designer, which we looked at…in the previous training course on pre-production.…This is kind of an aerial schematic of our scene.…I'm going to just draw some benches and the big tree,…and then I'll make these circles,…which represent Ta'ani on this side…and Korda'a on this side.…And since they're talking to each other,…we can create an axis of action between them.…This is otherwise known as the line…or the 180 degree line.…We know because of the geography of the scene…that we'll want camera on this side of the line.…

We'll definitely want an establishing shot,…also called a master shot.…This will help viewers understand…the spacial continuity of the scene, which is huge,…so that viewers don't feel disoriented.…We got this establishing shot…during our initial production shoot,…and of course, we'll want to get what's called a two shot,…basically a shot with two people,…with both actresses together in our case.…