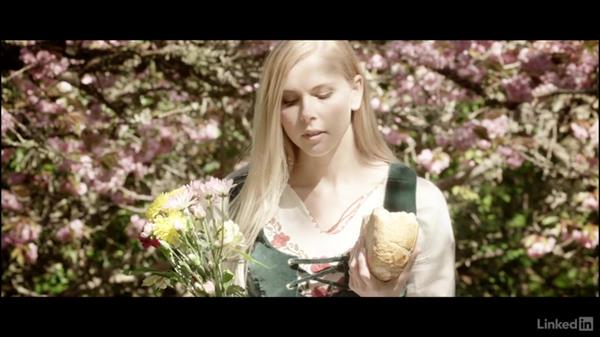 In order to make movies on your own, you'll probably want to gather assets to use in your film. These assets might be in the form of props, locations, sets, set dressing, vehicles, and more. You will no doubt have all kinds of amazing assets that you can use to increase the production value in your short films.

- If you are like every other person in the world,…you probably have great cinematic stuff…all around you without realizing it.…You might have a quirky pet…or a unique prop, or live next to some…crazy, weird architectural structure,…or you might have friends or family…with these things.…If you're looking to tell a visual story,…there are probably all kinds of things you've grown…accustomed to that might be of interest in your film.…And if you develop the skill of finding great stuff to use…instead of buying it, that will not only make your films…more personal, but also save you a lot of money.…

If you want to produce a film, but don't even have an idea…for a story yet, look around and see if you can't find…inspiration in the things around you…that are quintessentially and uniquely you.…You could write a scene or an entire film even…about your action figure collection…or your three-legged cat,…or whatever else you have going on.…I'm actually kind of a nerdy guy, surprise, surprise,…so I own this sword and this dagger,…