Moving the camera: On a tripod 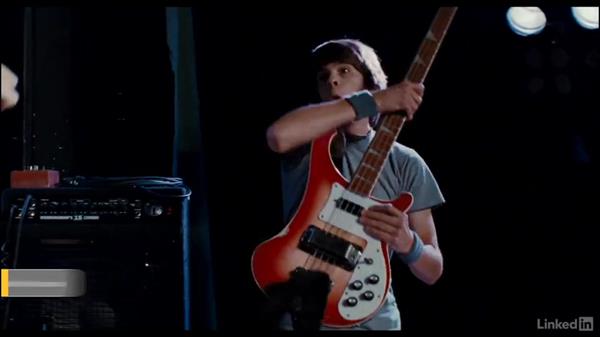 Perhaps the most common way of creating movement with a camera is to keep the camera stationary on a tripod and use the tripod head to create pan moves (to rotate the camera left and right) and tilt moves (to tilt the camera up and down). This essentially creates the effect of rotating the neck of the audience, and can be great for revealing information and more.

- The most basic type of camera moves…technically don't move the camera at all.…These are the moves done while…the camera's on a tripod head.…This includes pan moves where the camera…rotates left to right, and tilt moves…where the camera is tilted up and down.…Pan and tilt moves are helpful for staying…with moving action.…Notice here as Teoni leans over,…we do a simple pan-tilt combo in order to stay with her.…Another common use of pan and tilt moves…is to reveal objects in the scene.…This can be useful in comedies such as in…National Lampoon's Vacation.…

Clark Grizwold is trying to deal with a used car salesman…while we cut away to his car getting demolished.…Clark wants to show a strong hand, but then,…we pan over and there's his car.…This type of reveal also happens a few times…in the classic thriller, Cape Fear.…Gregory Peck plays a prosecutor who previously put away…bad guy, Max Cady, who has just been released from prison.…After a regular day at work, the prosecutor gets in his car,…a hand enters the frame, grabs the keys,…

Video: Moving the camera: On a tripod