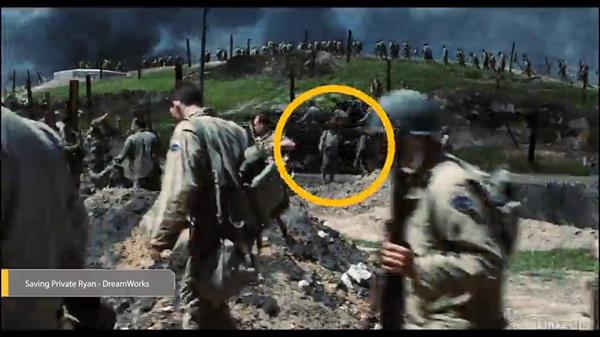 Tracking shots are camera moves that follow the action. This is typically done as a lateral movement, with the camera on a dolly track. But tracking shots can also be done using other methods, such as a Steadicam or other camera stabilization system. Film directors often use tracking shots to connect audiences to characters and their actions.

- Well there is a huge variety of camera shots.…The final type we're going to look at in this series…is the tracking shot,…sometimes also called a trucking shot.…It's typically where the dolly or slider…is placed parallel to the action…so the camera can move with the action.…This is not to be confused with panning shots…where the camera is stationary and just rotated.…In a tracking shot, the camera actually moves…to follow the action.…Pretty soon in this chapter,…we'll look at how Lawrence of Arabia using a panning shot…to show the epic desert landscape.…Well prior to this shot, they also used a tracking shot,…that followed characters as they were riding camels.…

Notice how the camera's actually moving on a lateral axis.…This is what makes it a tracking shot.…Of course, both tracking and panning are effective ways…to show things to an audience.…But note the difference in how they feel.…The panning shot feels like rotating your head,…the tracking shot feels like we're going…on a journey with these characters.…Now both of these shots work.…