Moving the camera: Pushing in 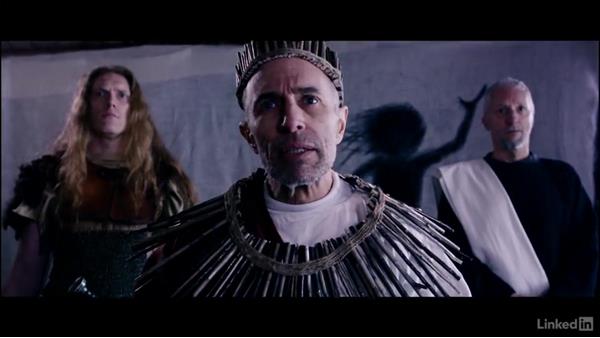 A push in is a camera move that actually moves the camera closer to the subject, regardless of the technical method of achieving that movement. Pushing in adds more intensity to shots, and can connect an audience more to a character or any subject. Pushing in the camera also be used to indicate when a character understands something.

- In this tutorial we're going to actually look…at moving the camera, and perhaps the most basic…of all camera moves is the push in.…This is when the camera essentially…just gets closer to our subject.…Again, we'lL talk more about the mechanics of this…in the Cinematography course, but this can be done…on a dolly, on a slider, with a handheld camera,…with a drone, it really doesn't matter.…Though I should point out that many young filmmakers…try to do this by using a zoom lens.…Zooming with the lens is great…for shots in action sequences like this,…but zooming in is not pushing in.…

Scaling up the clip in post-production is not pushing in.…There are some perspective changes that we just sense,…consciously or subconsciously,…where the camera actually moves.…So however you push in to get…the real emotional impact for the audience,…you typically need to actually move the camera.…As we push in to the subject…we get more intimate with them.…This is great for monologues, like this one in Jaws.…- I'll never put on a life jacket again.…

Video: Moving the camera: Pushing in