Moving the camera: Pulling back 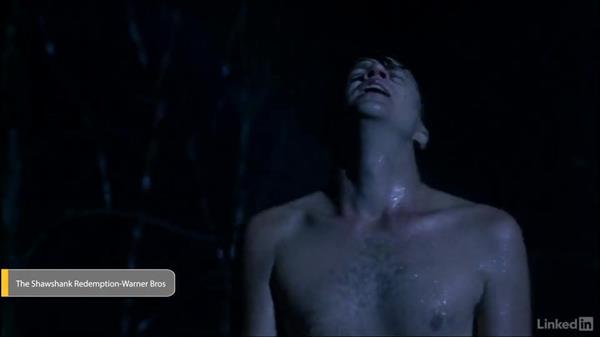 A pull back is a camera move that moves the camera backwards, away from a subject. Pulling back tends to alienate and isolate subjects and characters, creating a feeling of loneliness and sadness. But this type of move can also be used for the opposite purpose, to create a sense of freedom and power. Directors can also use such camera moves to reveal things to the audience.

- In the last tutorial, we looked at…the psychological effects of moving the camera…towards our subject.…But we get completely different results…if we pull the camera back away from the subject.…This can really add to a feeling of sadness and isolation…as we withdraw from a character.…We used this at the end of the goodbye scene…when Cordea was left alone.…This was used for a seemingly similar effect…in the opening shot of The Godfather.…This shot however is a little bit more emotionally complex.…This man initially is talking about…how his daughter was attacked, so the camera…pulling back does enhance the sadness a little.…

But then the man starts asking for a favor…and the pullback makes him…increasingly smaller in the frame.…This makes him look weaker.…And this camera move has a third purpose…in that it also reveals the other person in the frame…and shows us by the framing who is begging…and who has the power.…It's important to note though that…the context of what is happening…is the most important thing when…

Video: Moving the camera: Pulling back